Published Dec 16, 2011Last Updated Dec 22, 2012
Leave a Comment
I’m a big fan of layers. This is the very reason why Fall and Winter make me leap for joy. These seasons give me the ability to wear a tank top, a t-shirt, a button up,… 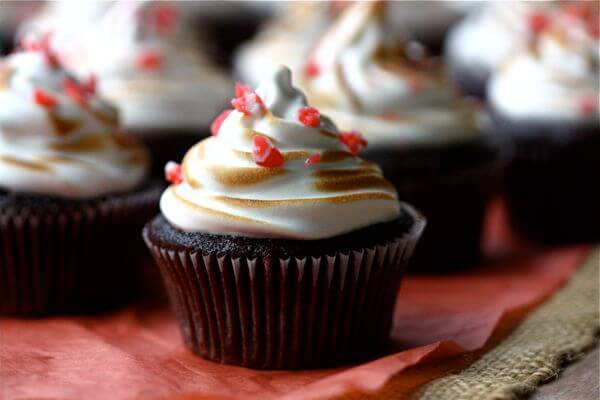 I’m a big fan of layers. This is the very reason why Fall and Winter make me leap for joy.

These seasons give me the ability to wear a tank top, a t-shirt, a button up, and a jacket (and maybe a scarf)…all while not perspiring. Perspiring sucks. So does shivering, I guess; but at least I sorta get an ab workout when I shiver. AM I RIGHT?!

I dig food layers, too. These cupcakes? Crazy food layering going on here. Maybe you can’t see all the food layers yet. It’s okay. I’m gonna outline them for you. 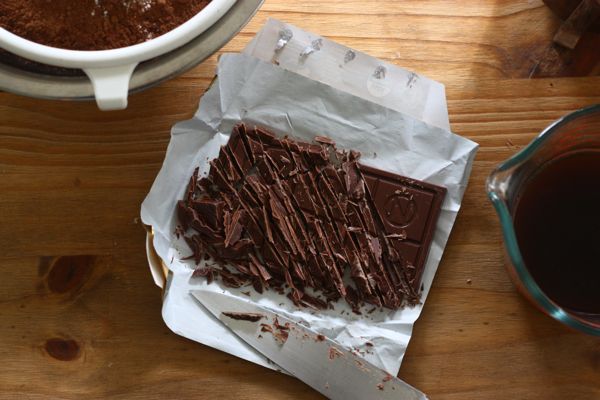 1st layer: The chocolatey chocolate cupcake. The part that gets me super psyched is how the directions call for melting good quality chocolate into a cup of strongly-brewed coffee.

This recipe was written for my soul.

(Side note I’m-not-getting-paid-to-say: I bought Newman’s Own Orangic Chocolate because they were out of Green and Black, and I might be my new fav. Rich with good texture.) 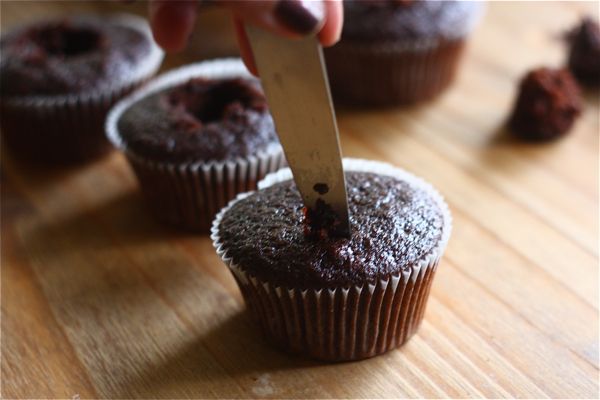 And this one doesn’t require any piping or anything. Just cut out the center and spoon the chocolate into the center.

Easy delicous assembly. What a treat! 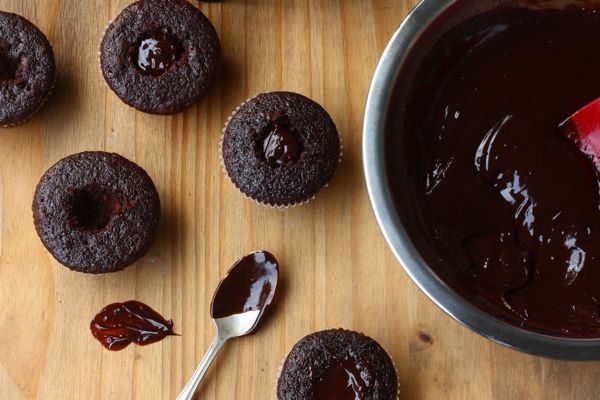 Who doesn’t love fluffy frosting? No one. It feels like a sweet pillow melting in your mouth. Just glorious.

In a last minute decision, I decided to a little hand torch to it to make the frosting all toasted. Good move.

You can also do this by putting the cupcakes under a broiler (while NOT walking away). 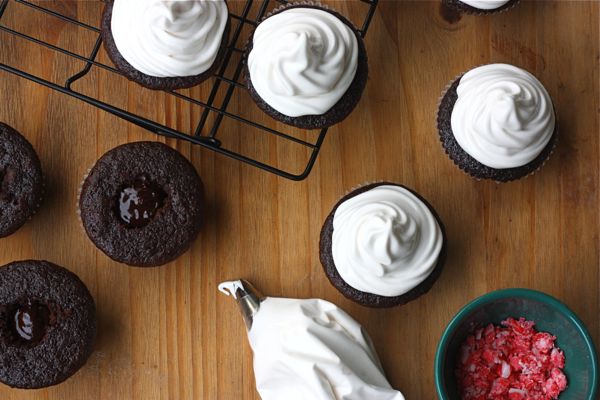 4th (and last) layer: Crushed candy canes. The crushing of them will be therapeutic. Promise.

(Sidenote: It took me three stores to find normal red and white candy canes. All the drug stores think it’s a GENIUS idea to have the annoying looking colorful ones. I want tradition, Candy Cane Makers; I don’t want my candy canes trendy!! No one does!!)

Get your layerin’ on this weekend! It’s a good look. 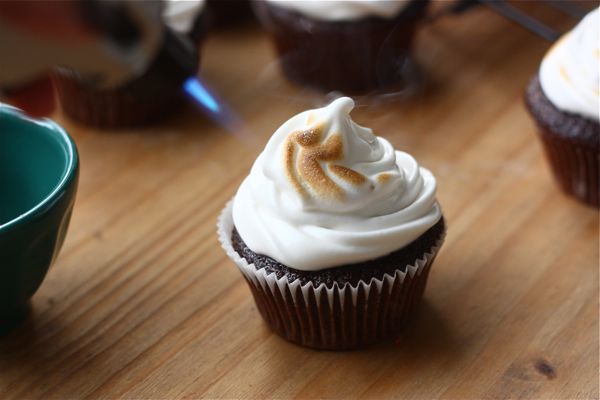 2. Finely chop chocolate and in a bowl combine with hot coffee. Let mixture stand, stirring occasionally, until chocolate is melted and mixture is smooth.

4. Divide batter between cupcake tins, filling them up between half way to 3/4 of the way. Bake for 20-25 minutes, and until a skewer inserted in the center comes out clean.

5. Cool cupcakes in cupcake tins on racks until completely cool.

2. Transfer bowl from pan to folded kitchen towel on counter and continue beating until mixture is cool and billowy, about 2 minutes more. Beat in vanilla. (Frosting can be made 4 hours ahead and chilled, covered.)

1. Heat the heavy cream and the butter in a 3-quart saucepan over medium high heat. Bring to a boil.

2. Place the semisweet chocolate in a 3-quart stainless steel bowl. Pour the boiling cream over the chocolate and allow to stand for 5 minutes. Stir until smooth.

1. Smash candy canes–using the bottom of a pan–into bits. Using a paring knife (or an apple corer), cut out a 1-inch circle out of the center of the cupcakes. Fill with a half teaspoon of chocolate ganache.

2. With a 1-inch star tip, pipe on frosting in a circular motion. Holding the torch about 6-7 inches away from the frosting, toast the tops of the cupcakes slowly, being sure to not light the cupcake liners (I did this!) on fire. Sprinkle crushed candy canes on top of each of the cupcakes. DONE!!! 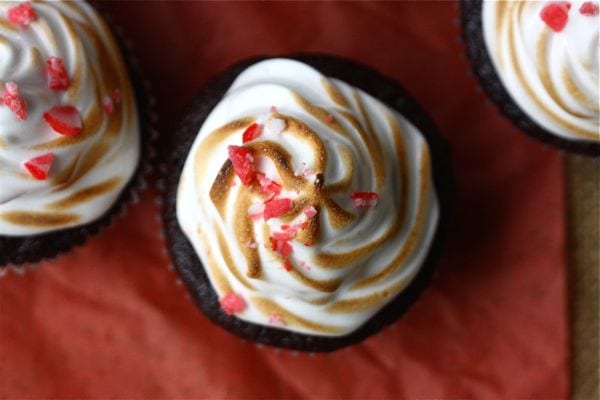