5 from 2 votes
Published Dec 18, 2016Last Updated Jan 04, 2019
Jump to Recipe
Pin RecipeLeave a Comment
Every family has Christmas traditions. I love hearing about other families’ traditions because they vary so much. The one tradition my mom always kept alive and well was Peruvian-style homemade hot chocolate on Christmas Eve. In…
Prep Time: 15 minutes
Cook Time: 10 minutes 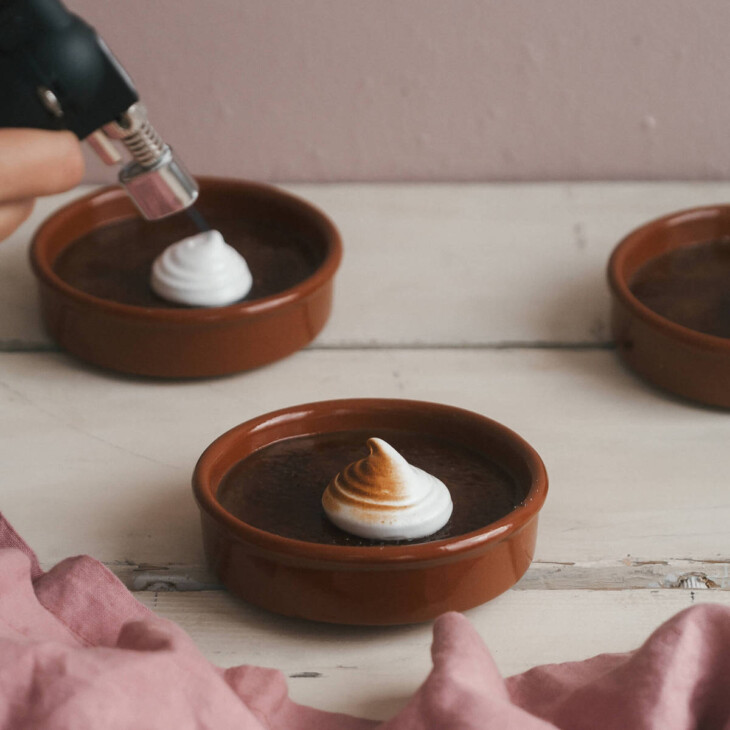 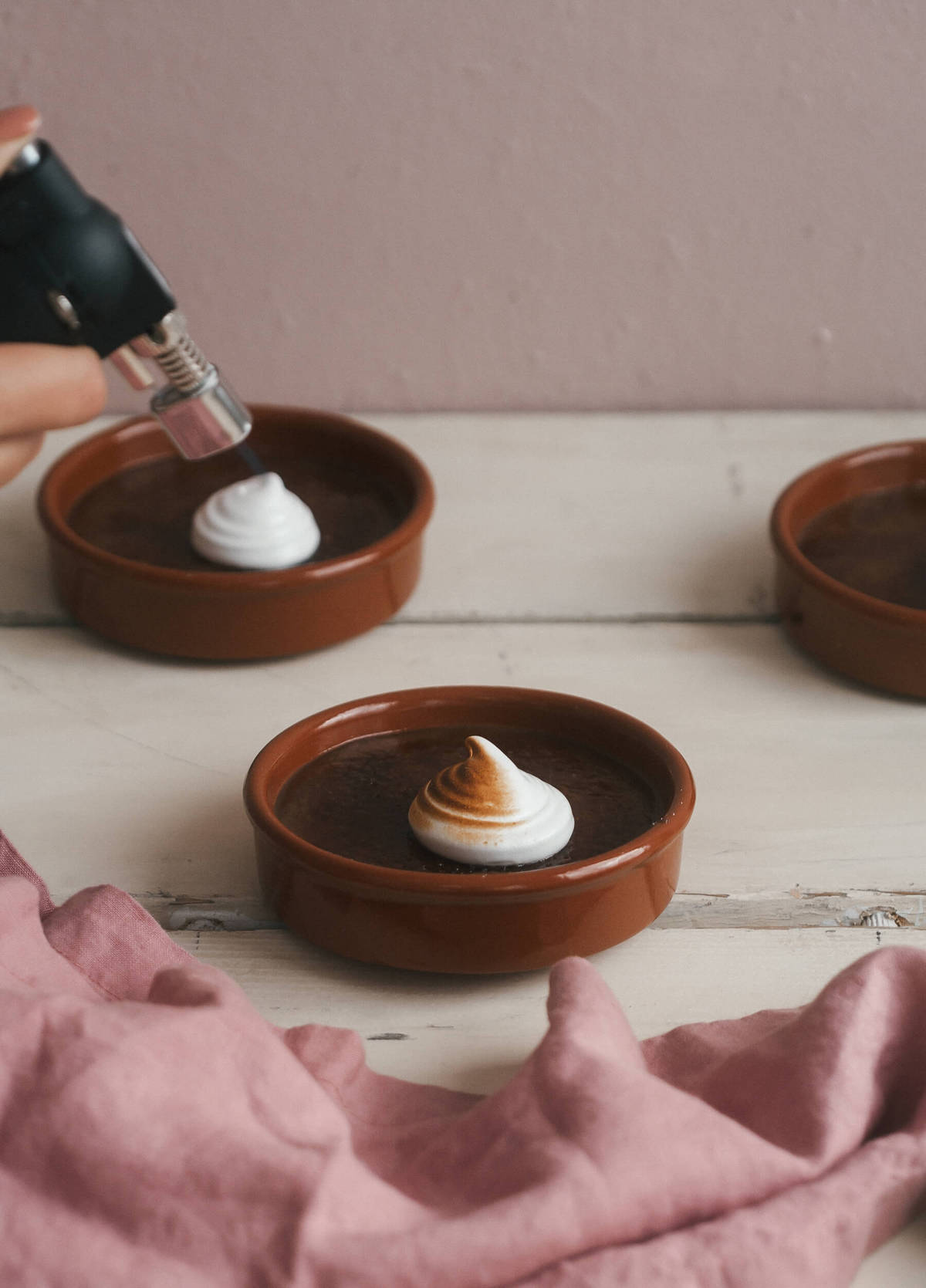 Every family has Christmas traditions. I love hearing about other families’ traditions because they vary so much. 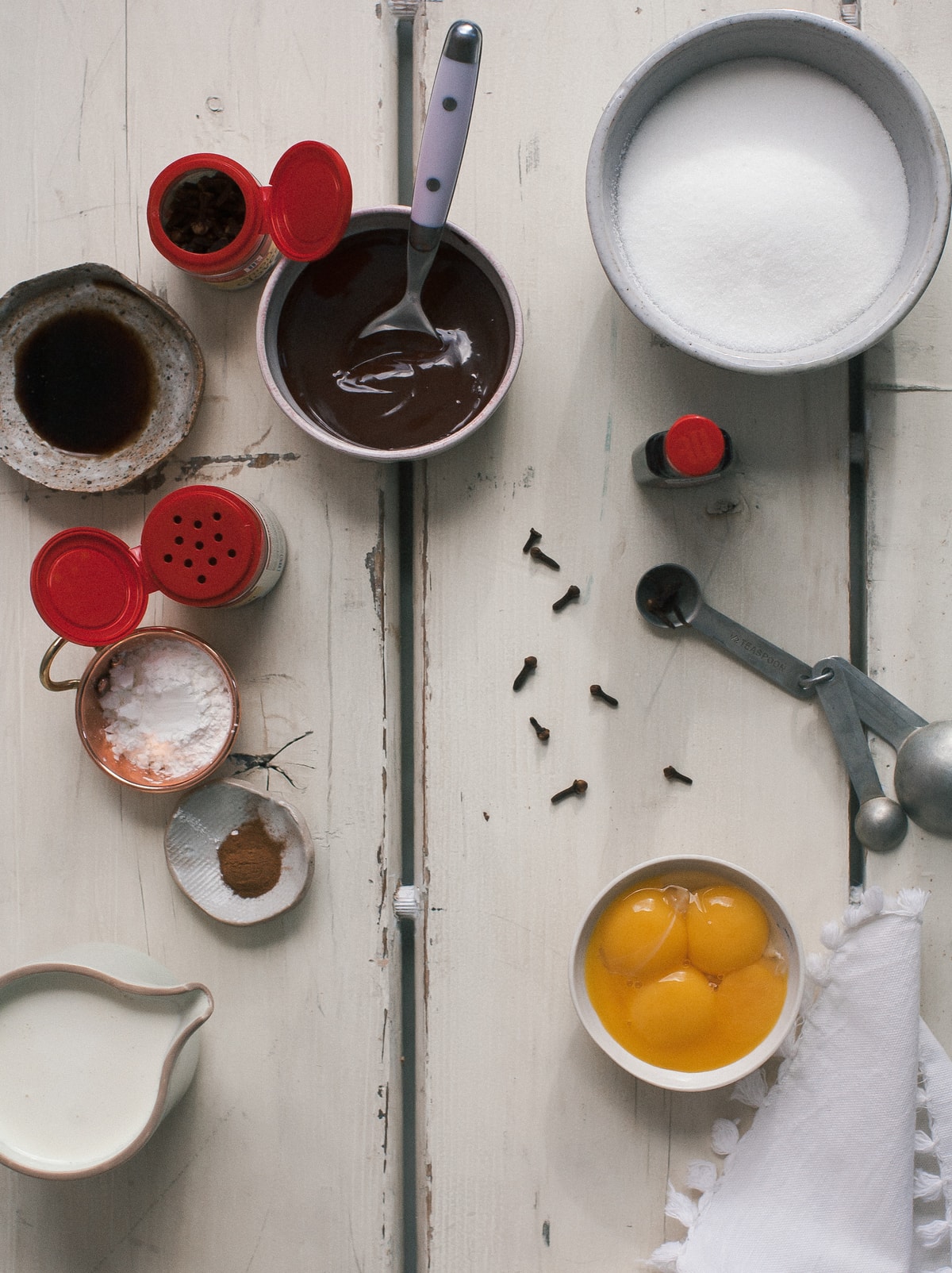 Traditionally it’s had right before everyone heads to midnight mass. When we were teeny-tiny, the hot chocolate would come right before bed since at that time we believed that Santa would come down our non-existent chimney and bring us gifts. My dad would tell us he’d sneak in through a window which sort of scared me but whatever.

It was the one time a year when we had dairy because my parents jumped on the non-dairy train so early. We were one of those houses with rice and almond milk only.

This is a mash-up of another dessert my mom LOVED to make; it’s not Peruvian, though they do make it all over South America. Crema catalana is a Spanish dessert that is SO good. It’s a lot like creme brûlée with the big difference being that it’s not baked—it’s simply cooked over the stove-top then chilled in the fridge. 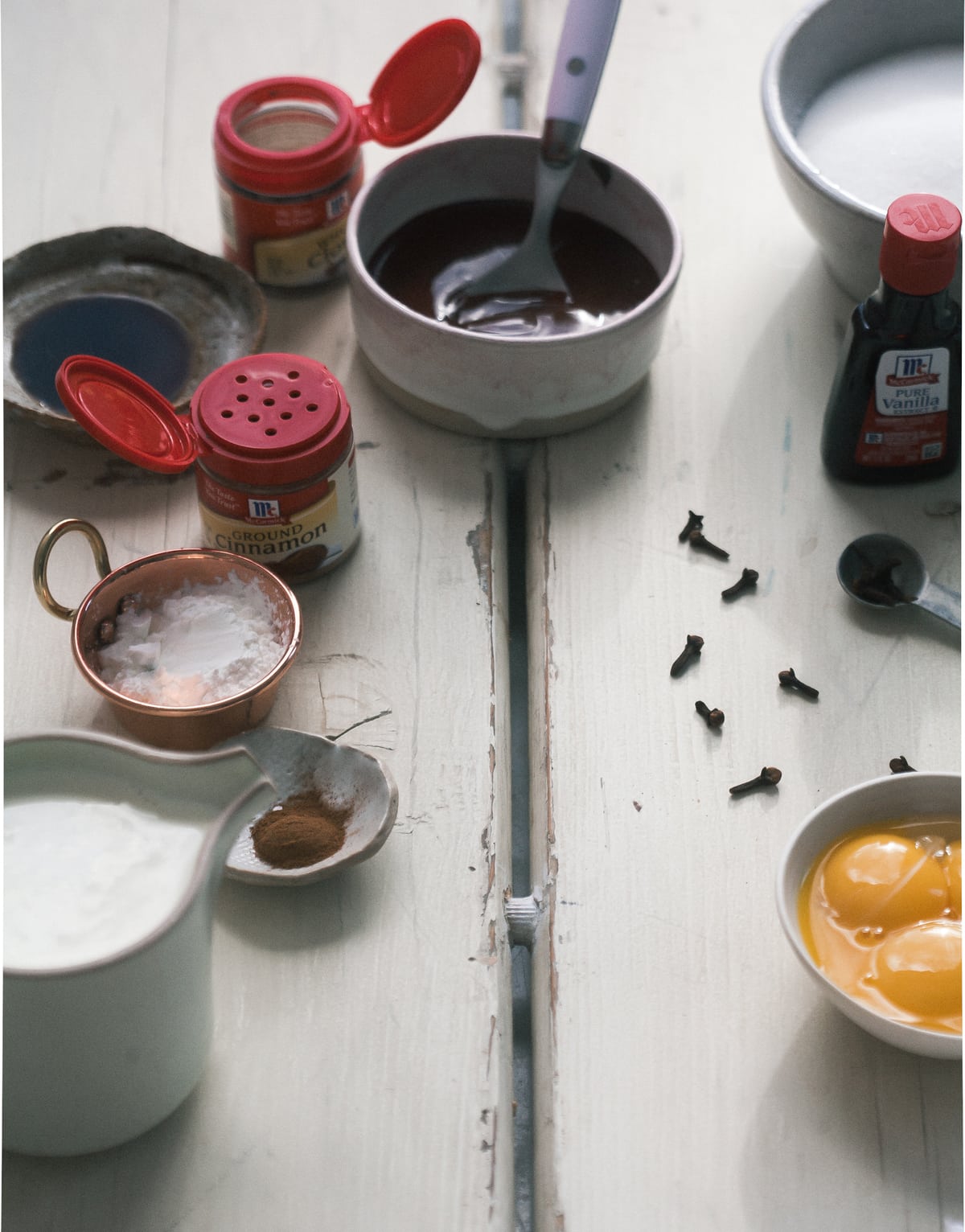 For this post, I teamed up with McCormick spices to add all the goodness to this dessert. It uses McCormick ground cinnamon, whole cloves and vanilla extract. 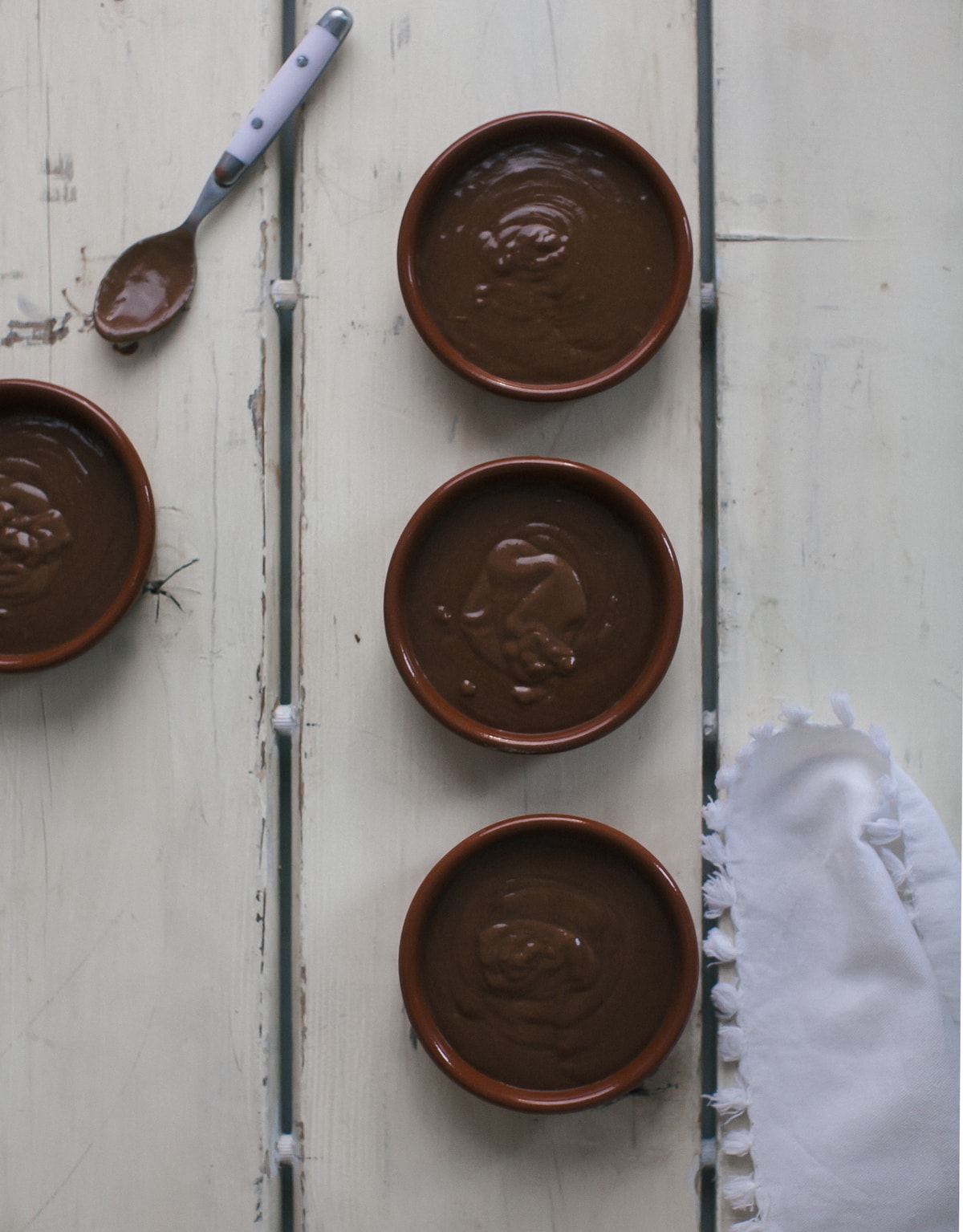 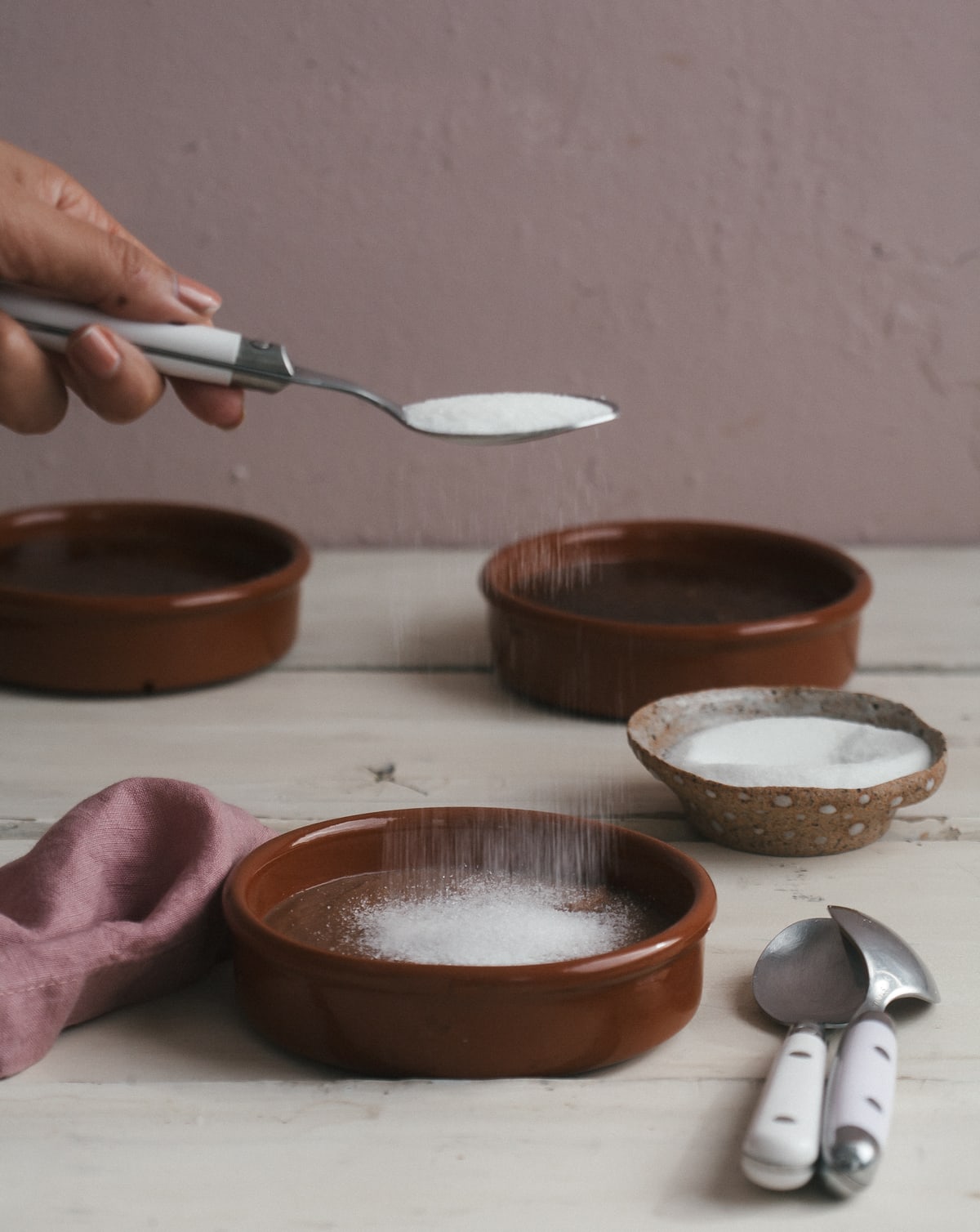 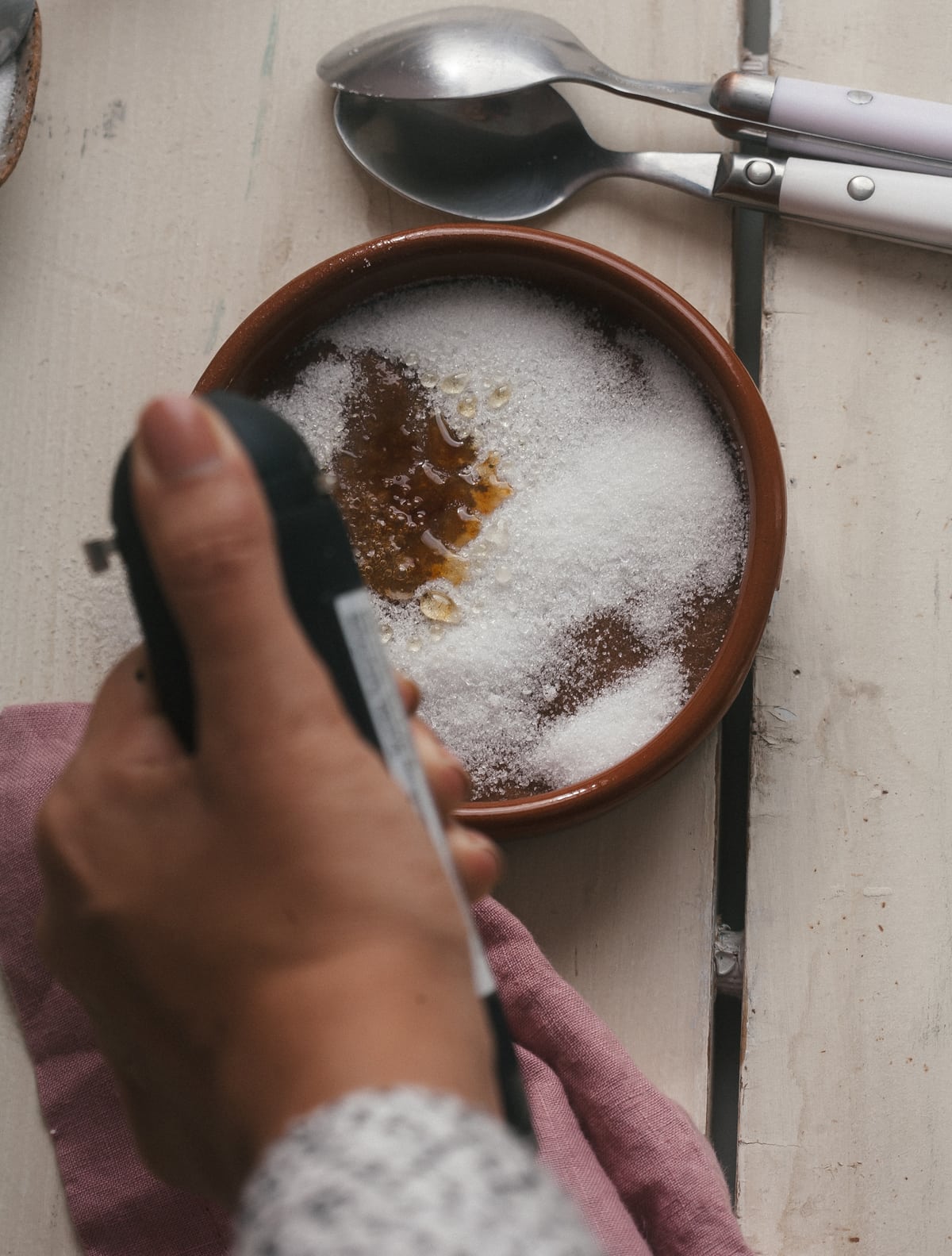 The flavors of cinnamon and cloves and chocolate take me back to being a lil’ kid again. These kinds of flavors and smells always take me back; they taste like Christmas!

Since I already was on the hot chocolate train, I figured I’d whip up some marshmallow frosting and add dollops to the top and torch it all up. It was so good. It tasted like the best Christmas ever. 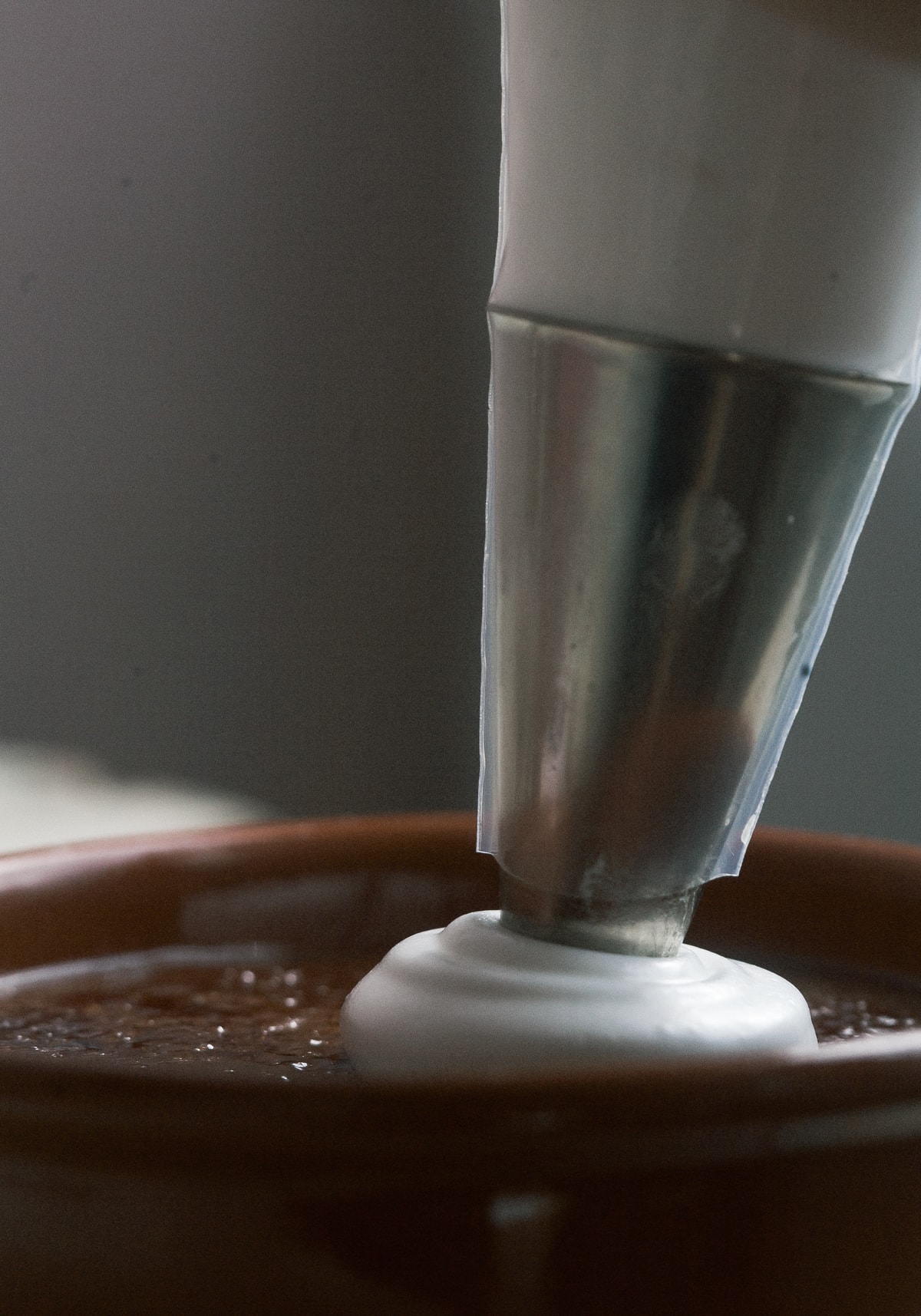 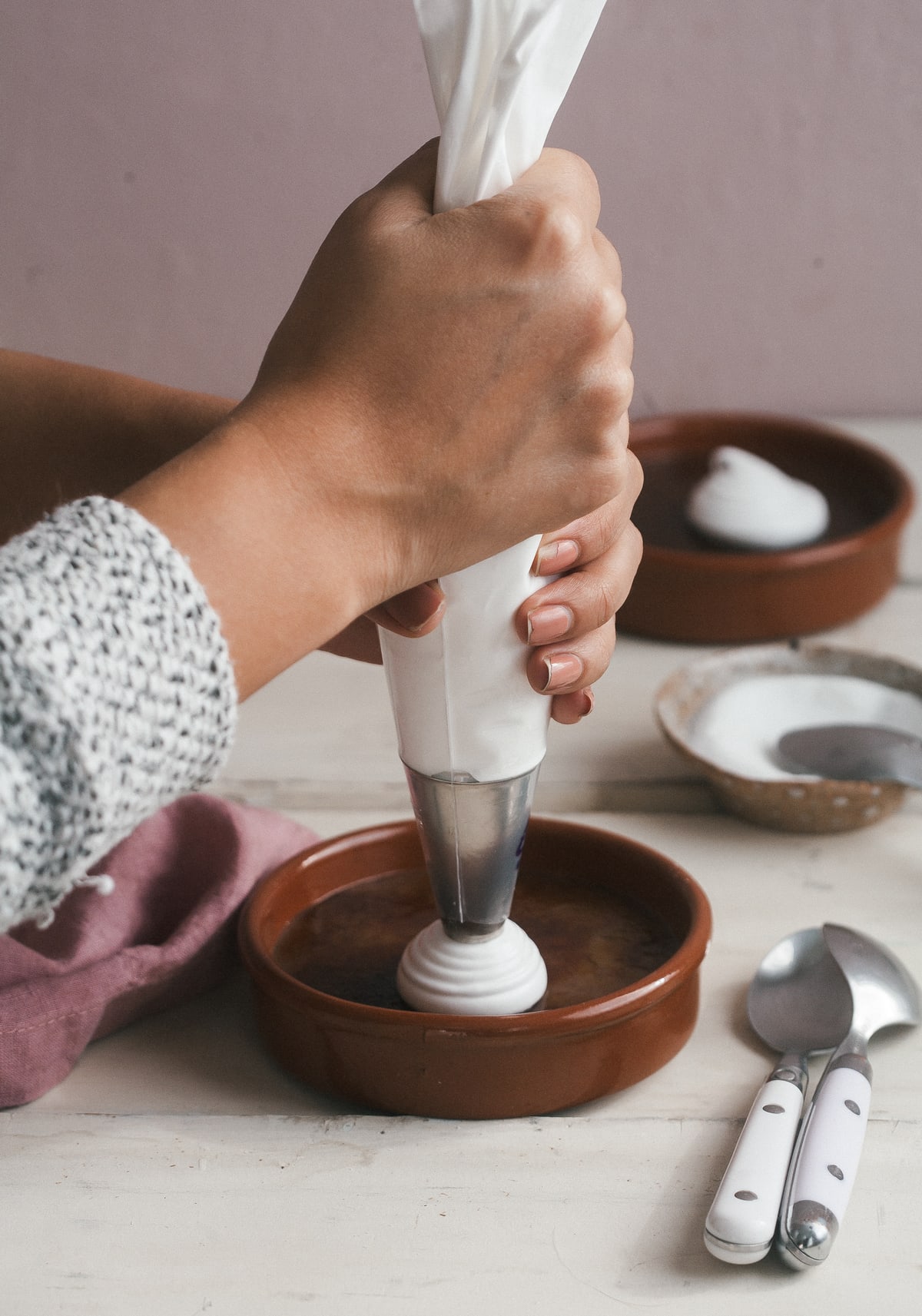 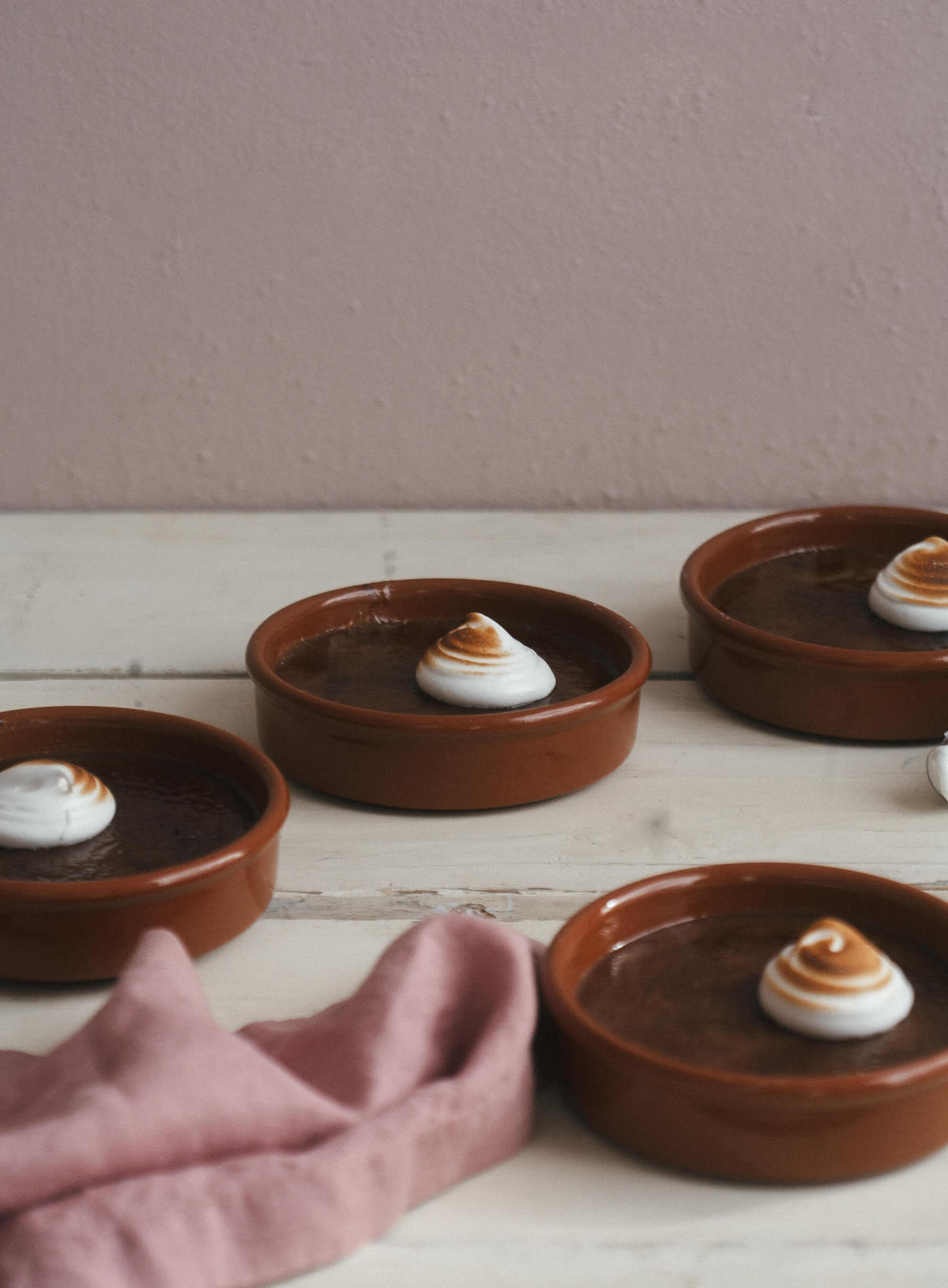