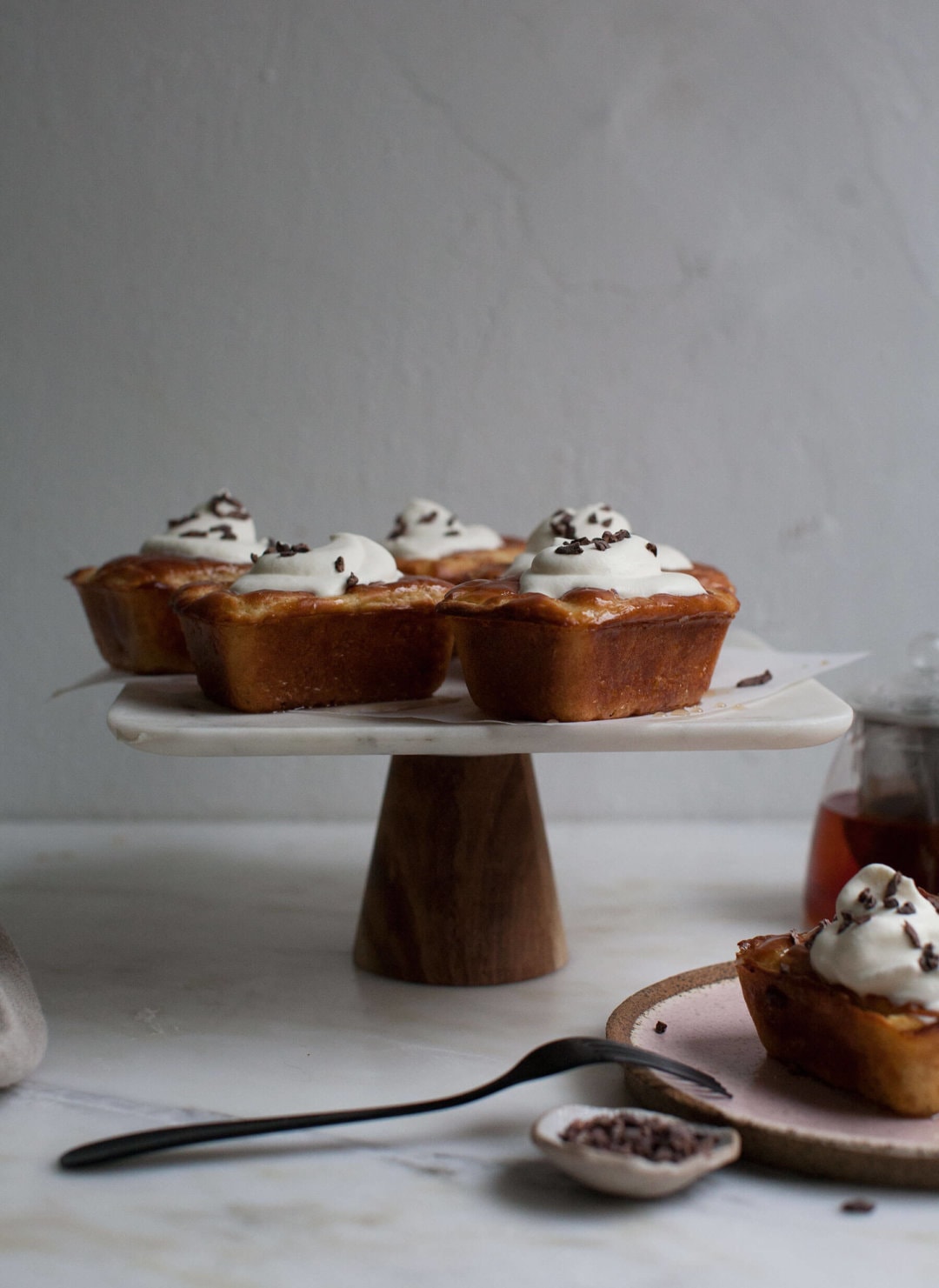 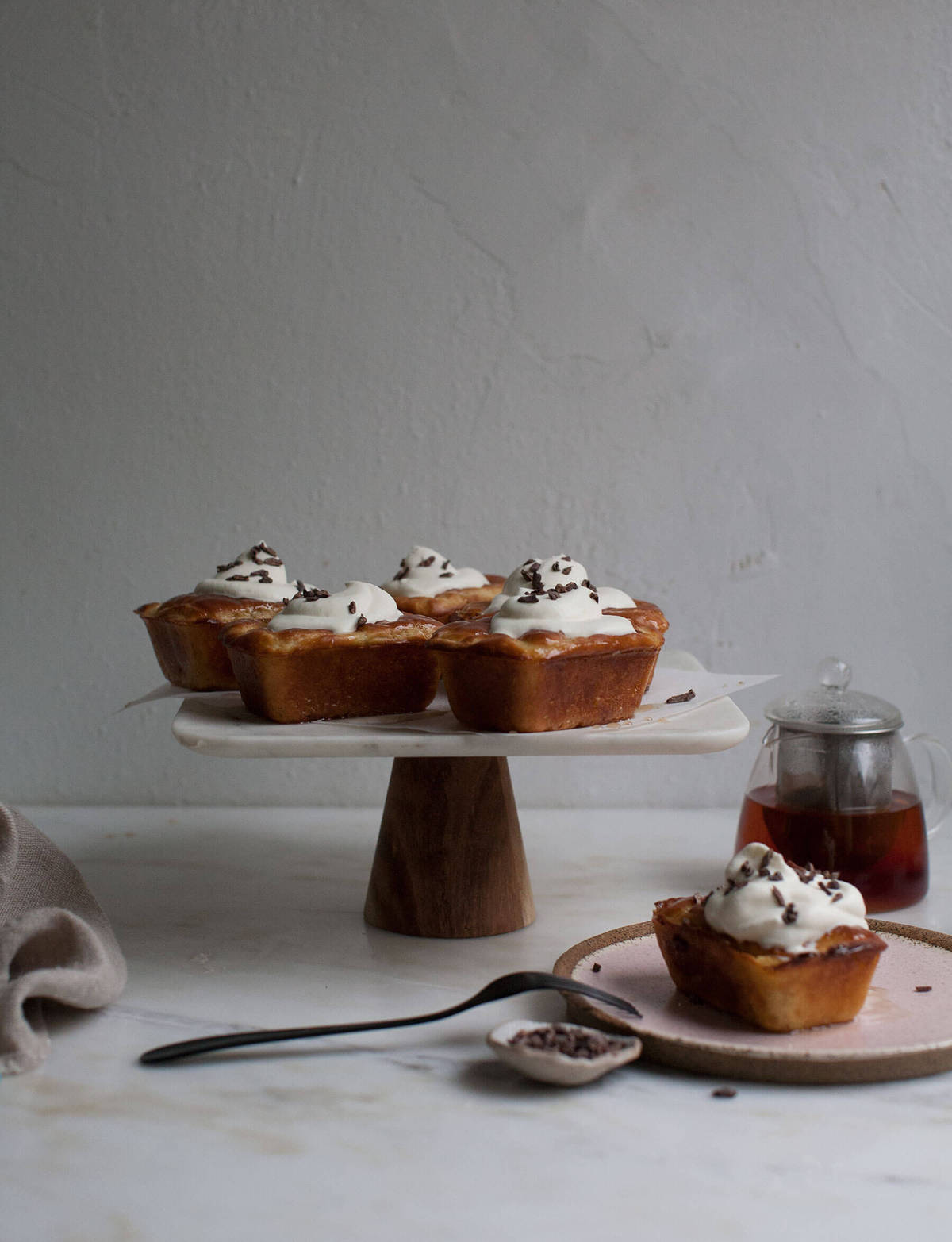 I’m back from Portland and currently flying my body to Boston for a book signing and wreath-making workshop. I actually really love traveling during the holidays. I love the shitty Christmas lights and decorations in stores and in airports. I think it’s because it reminds me of Home Alone.

If you haven’t heard, SERIAL just dropped season 2. I kinda wish they just posted all of the episodes like Netflix does. I mean, part of me doesn’t because I wouldn’t get anything else done but you know what I mean! 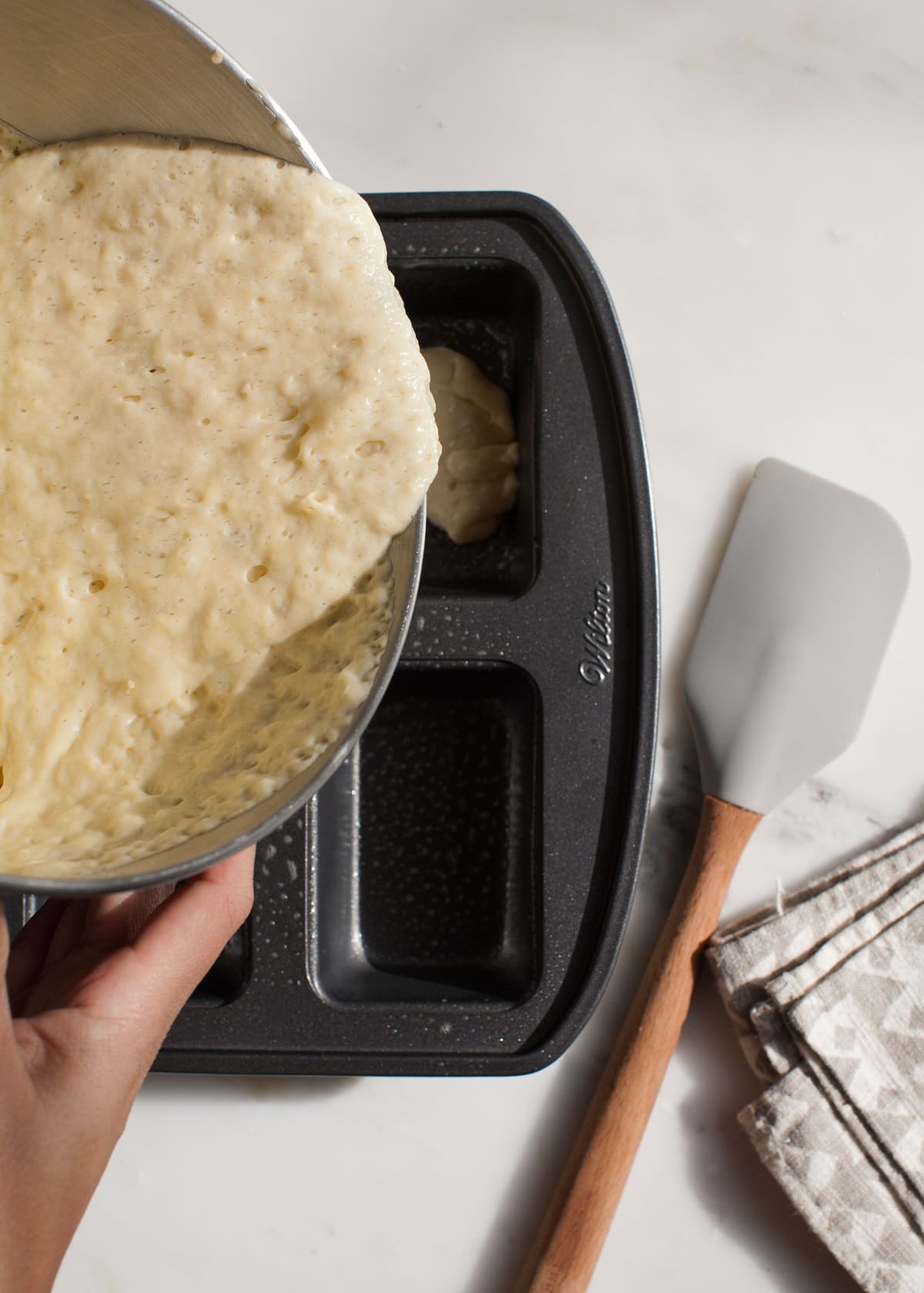 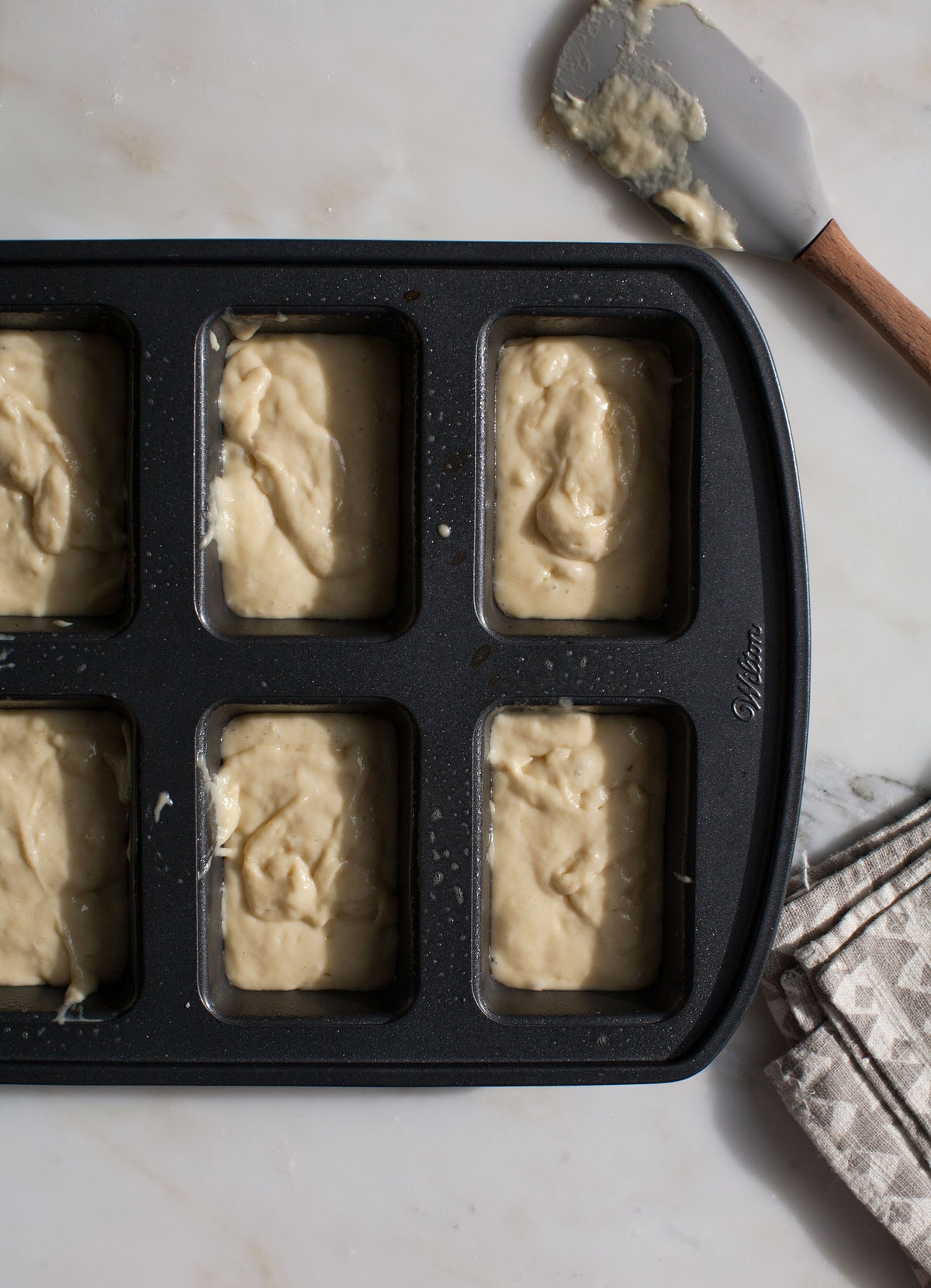 Let’s talk about hot buttered baba au rhums! When Billy came to my house the other day so we could test these, he was like what the hell is that. I explained that they’re kinda like a French version of a tres leches cake and it all made sense to him. (Billy was also Mexican in his past life because he knows more about Thalia and Mexican pop culture than anyone I know.)

If you’ve never made this cake there are a few things to keep in mind:

1. This batter is very wet. Like, you might think I’m playing a joke on you or you made a huge mistake but you didn’t!

2. This cake is yeasted. But it’s a million times simpler than making any form of dough because there’s no forming of any kind. The first rise doesn’t even have to be transferred to a clean bowl. It’s very hands off.

3. This cake is very dry…that is until you but all that hot buttered rum business on top. That’s the good stuff. 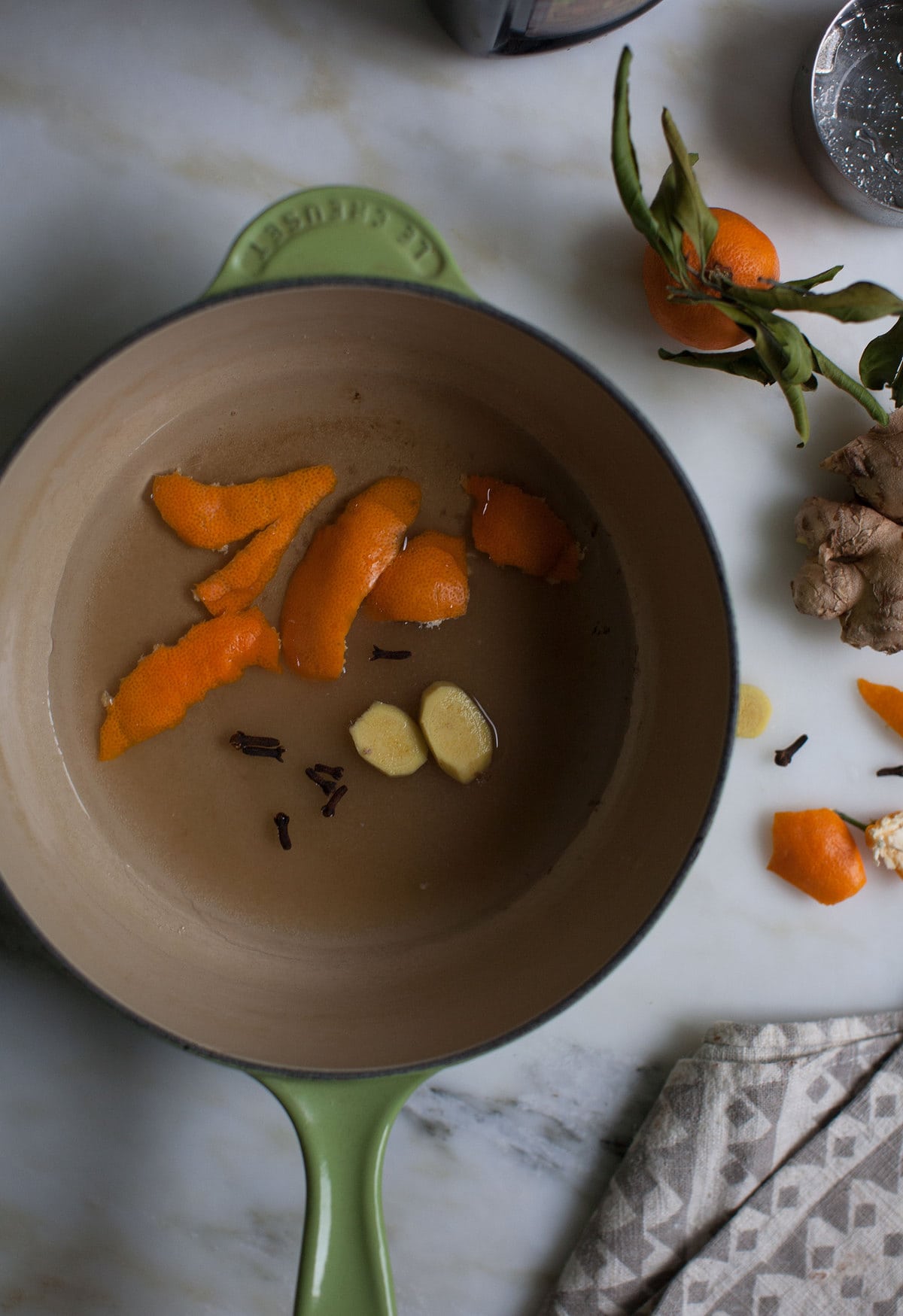 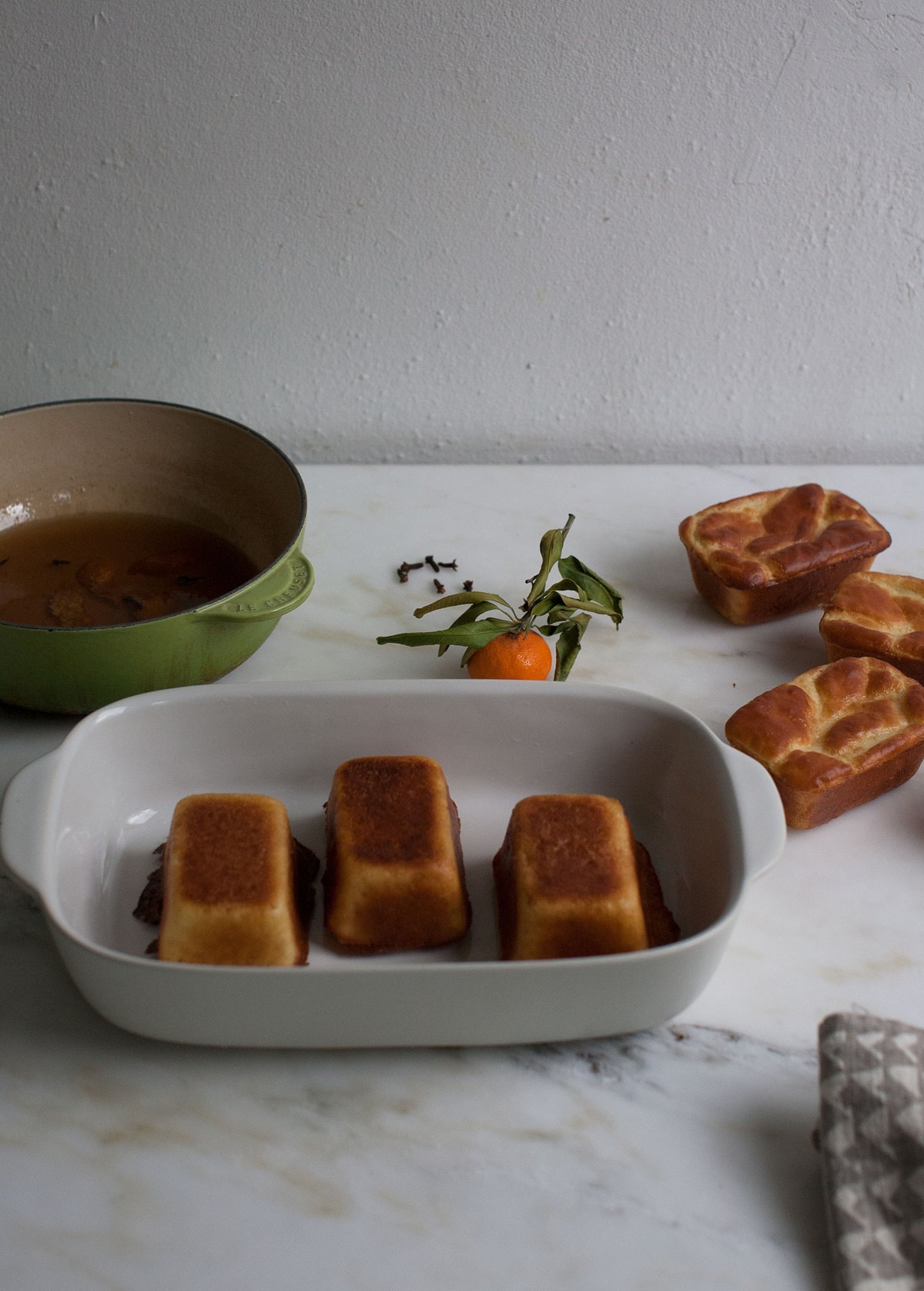 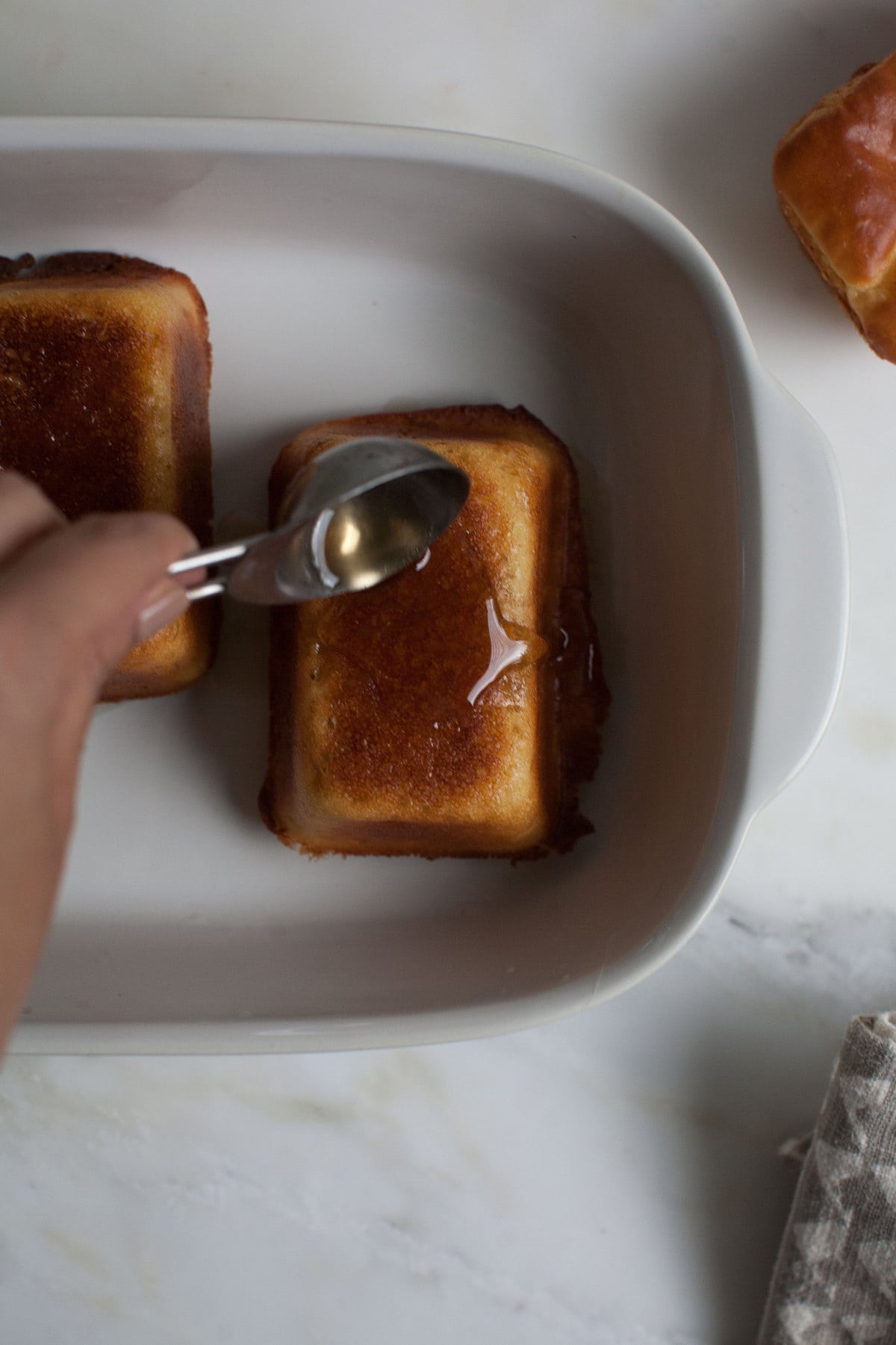 The syrup is spiked with orange peel, cloves, fresh ginger, salt and dark rum. I added the butter because Josh thought it might be cute to add the whole hot butter rum idea to a baba rhum and I kinda think it’s genius, especially since the baba rum doesn’t have very much butter in it.

I flipped the baby loaves upside down and poured the rum onto each one. You may think it’s too much syrup but keep going! All of that flavorful syrup will get soaked up by the baba rums and it will be so SO good.

I topped the baby baba rum’s with a dollop of whipped cream and a sprinkling of cocoa nibs but you could top it with a bit of sliced pear or pomegranate seeds.

Oh and the best thing about these is that you can make them in the morning, warm them slightly, and then pour the syrup on top just before serving. 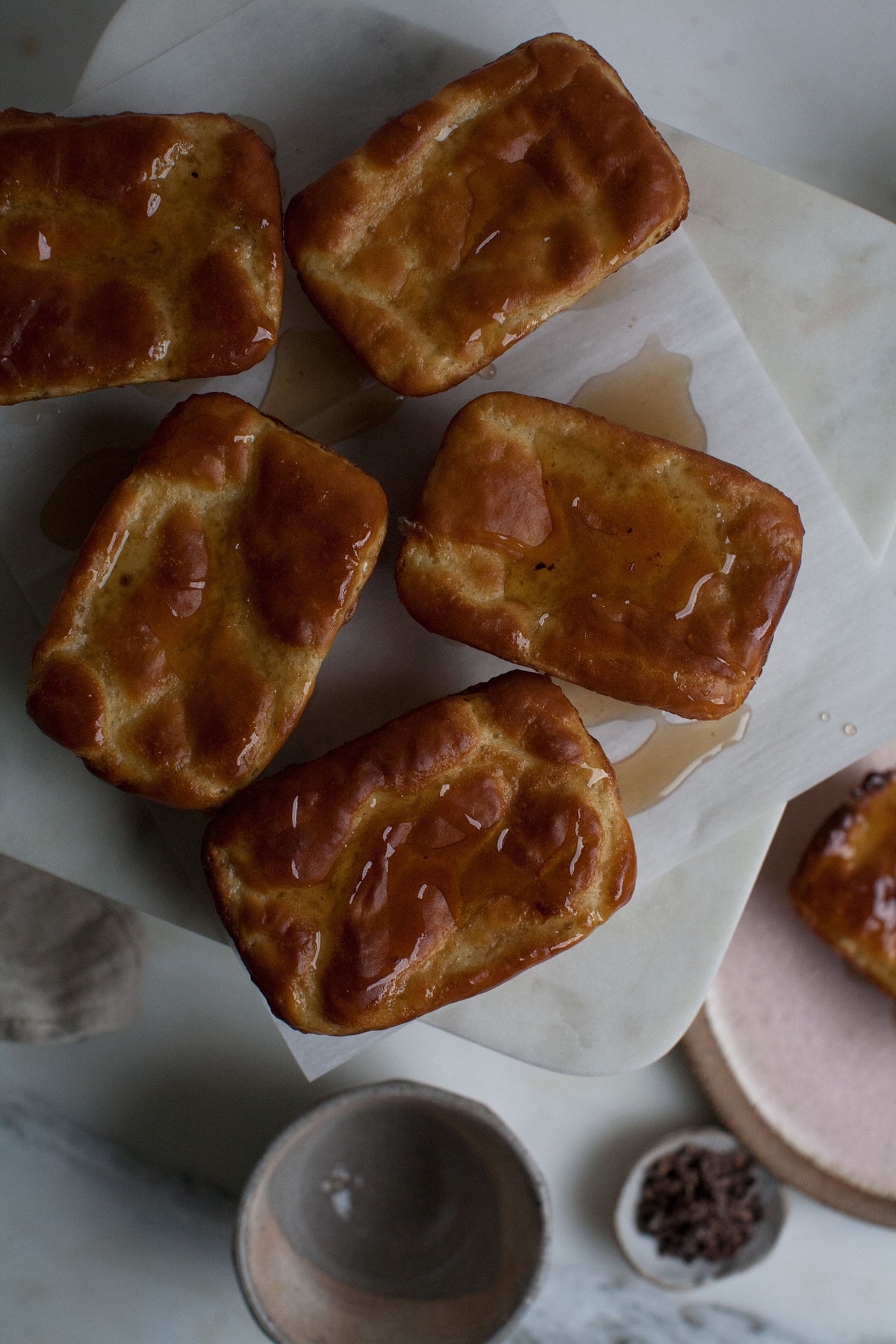 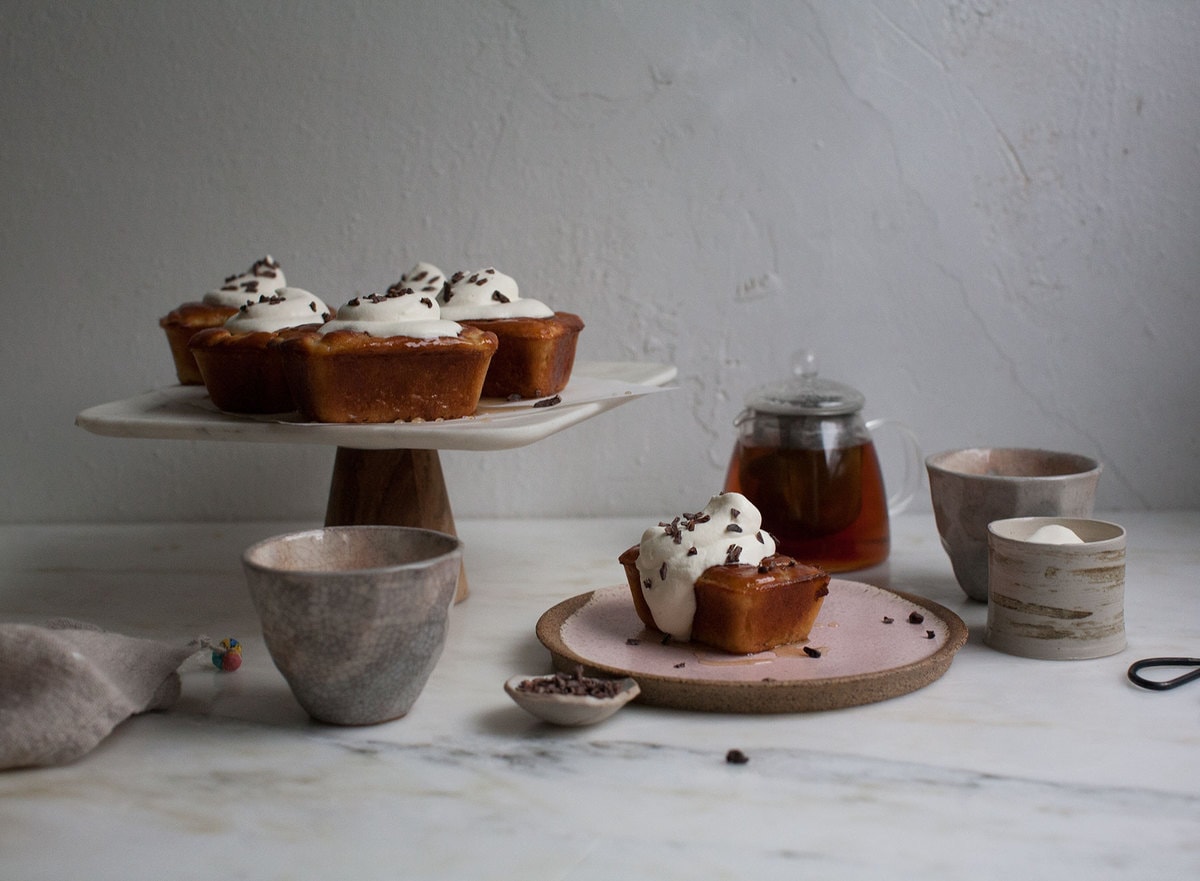 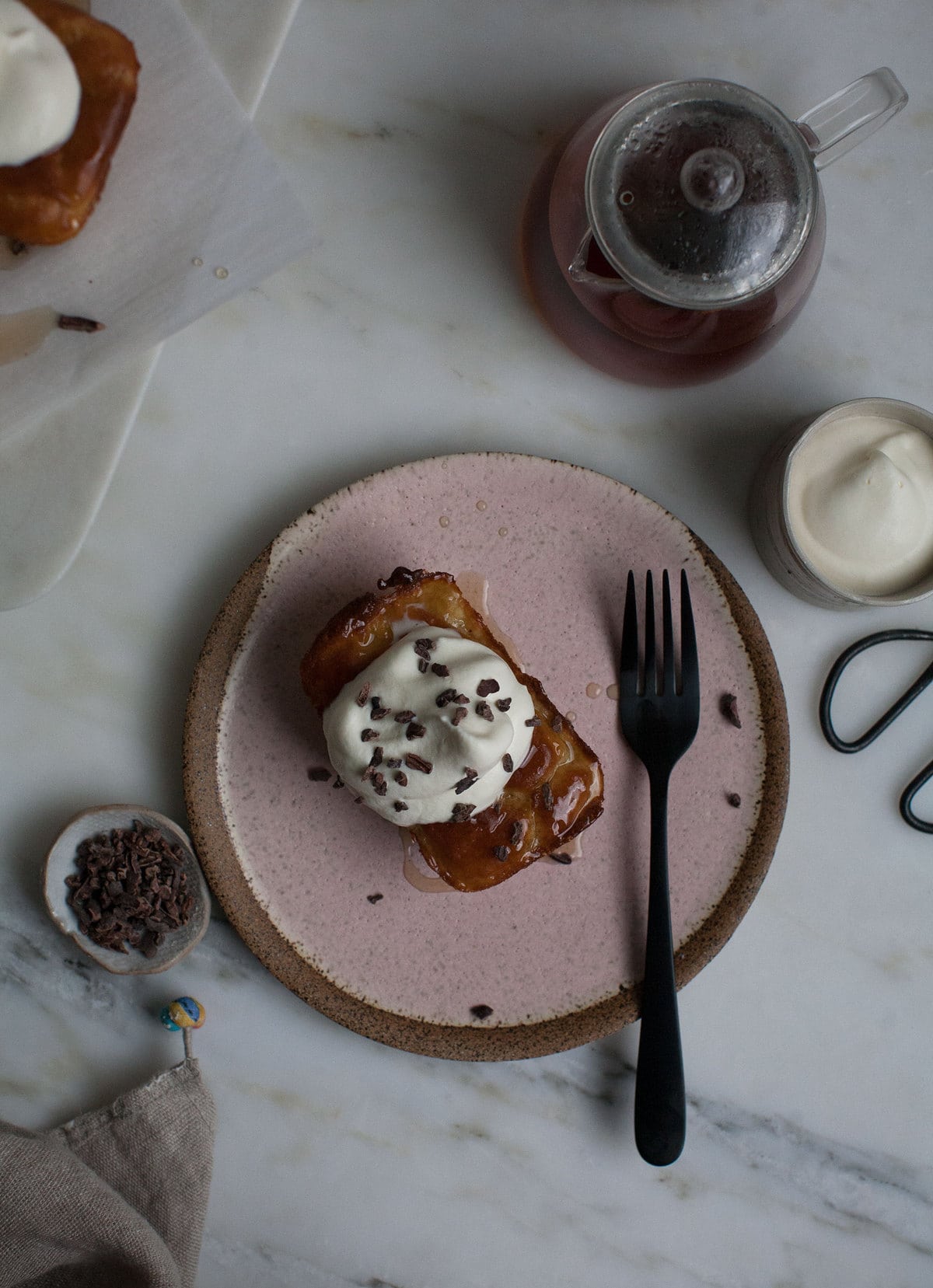 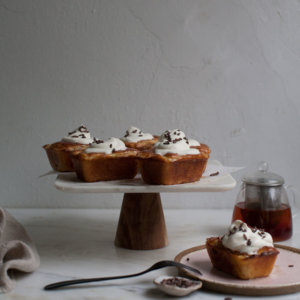 I used a mini loaf pan, but a 8x4-inch loaf pan, 9x5-inch loaf pan, cupcake tins or a bundt pan will all work. Keep in mind that each needs to be sprayed with cooking spray or rubbed with butter.
Serving: 8g
Did you make this Recipe? Tag me Today!Tag @acozykitchen on Instagram and hashtag it #acozykitchen 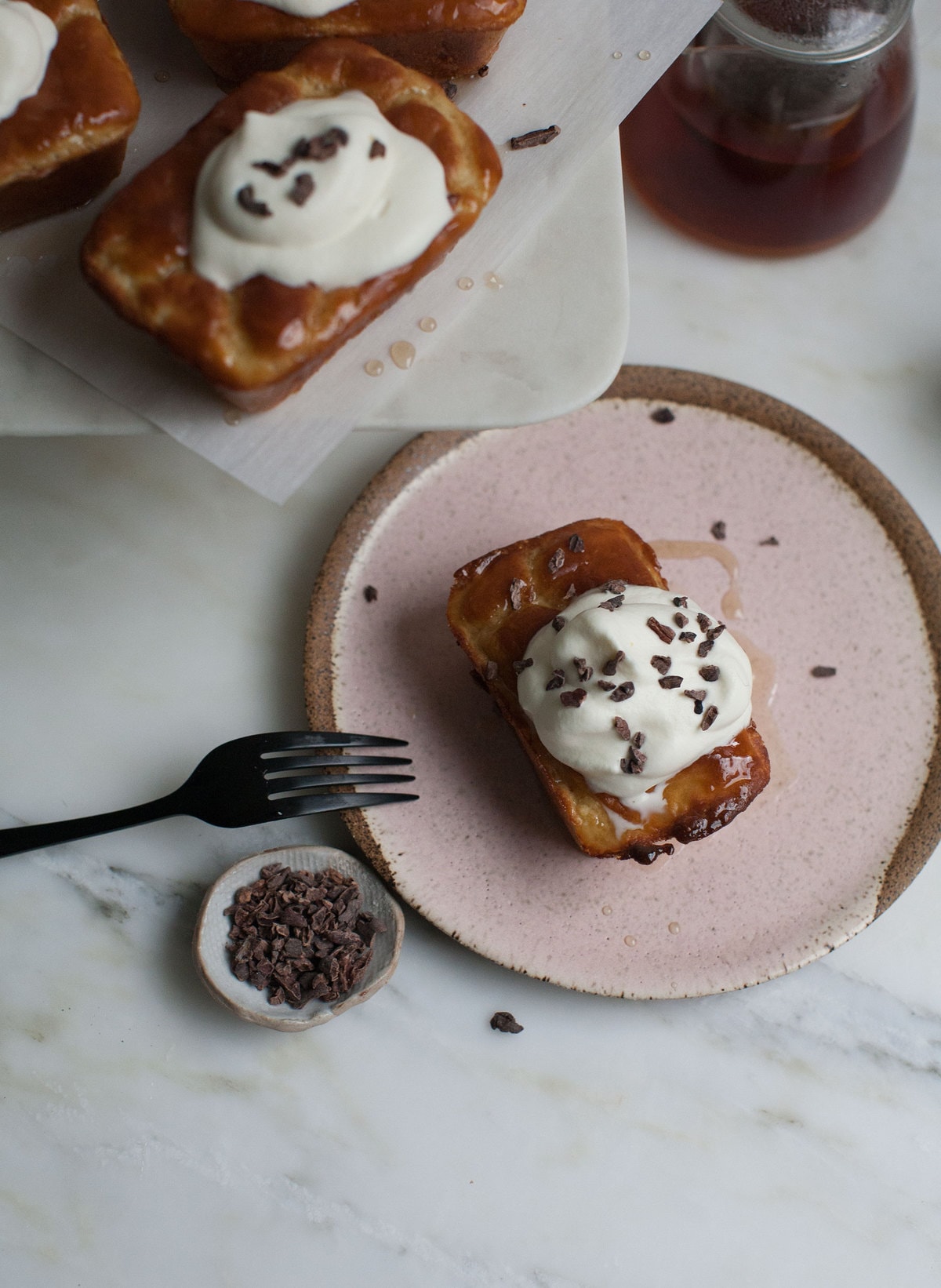 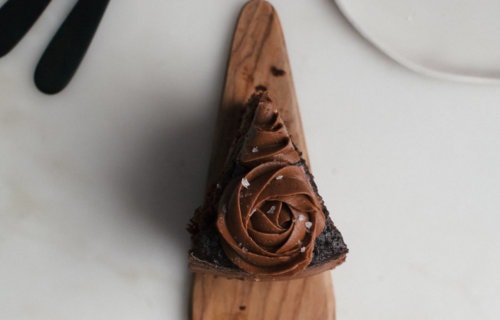 10 Cozy Things to Make in February 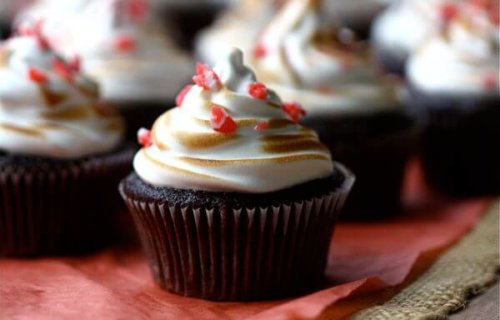 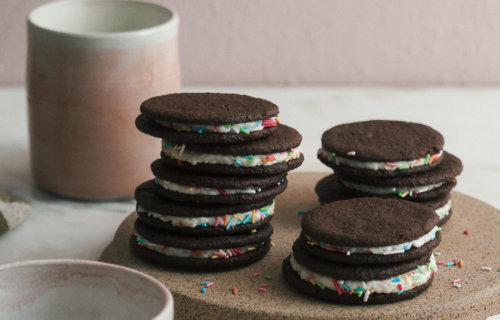