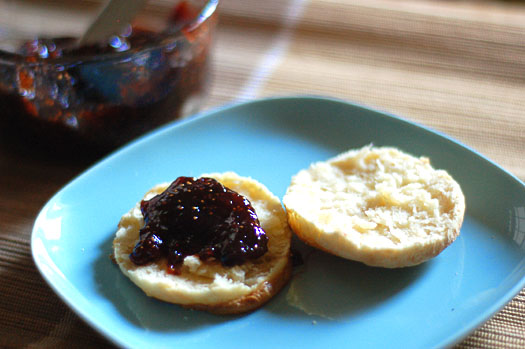 Last holiday season I had this wild ambition to make fig jam for gifts. Little did I know that fig season was long gone and the process for jarring jam was, well, a process. So I set out and googled jarring jam and was totally intimidated about buying a kit and sterilizing the bottles and having to boil them and so on. Basically, it just didn’t seem worth it. And until Caroline bought a canning kit, my opinion stayed the same. She assured me it was going to be easy breezy and, hey, there were two of us–we can handle something as simple as putting stuff in jars. With that, we were on our way. My initial failure of jam stayed with me and I was still determined to make some fig jam. Plus, figs are super cool. I googled some recipes and came across one that added cinnamon. Sold. 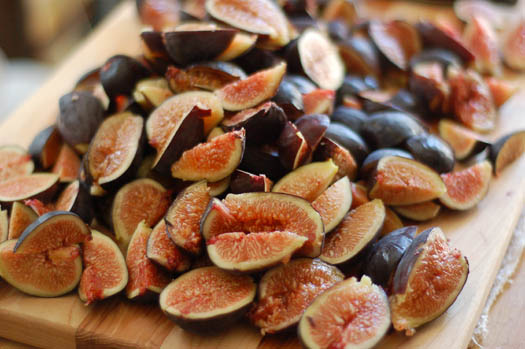 We first started by taking the stems off and by cutting them into quarters. If there was a beauty contest for fruit, figs would win hands down. 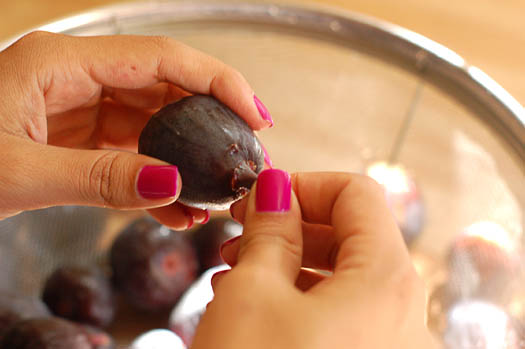 Fun Fig Fact:  When you pick figs you want them to be super soft. And for jam, the softer the better.

After we quartered them, we combined the water and sugar in a pot until the sugar was dissolved. We then added the lemon zest, lemon juice, cinnamon and threw the figs in. We brought the mixture to a simmer and let it cook for a hour, but definitely check back at the 30 minute mark. You don’t want it to cook down too much or else it’ll be like paste. Not pretty. 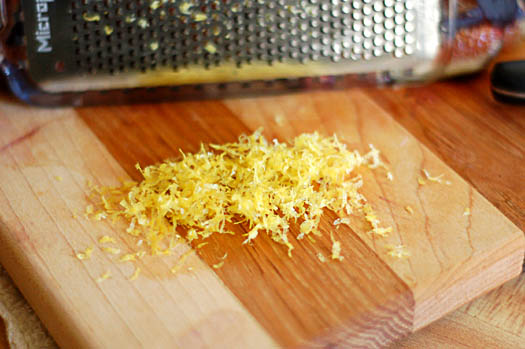 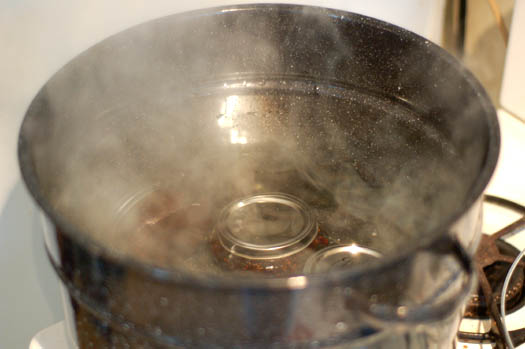 When the jam is absolutely perfect, which it will be if you follow this recipe, then fill up three pint jars (we found ours at Target). Caroline bought a jarring kit which has a cage that makes it easy to take the jars out of the boiling water, but I’ve read a few things elsewhere and people do it sans cage all the time. You just have to make sure that the jars don’t fling around in there or bump up against each other…and getting the jars out without the cage is beyond me, but I’m sure it’s possible.

After we left them in boiling water for 5 minutes, they were ready to go. And voilá…jam! We found this jam to be particularly interesting. The cinnamon adds this amazing layer of flavor without being too overpowering. The texture was great, not chunky, but just right.

We’ll be doing a sweet jam giveaway within the next few days so check back!

Adapted from this recipe

Combine the sugar and the water in a large pot and heat until the sugar is dissolved.

Meanwhile, quarter the figs. Add the figs and the rest of the ingredients into the pot with the sugar water, and bring to a boil. Reduce the heat, and simmer for 1 hour, stirring occasionally. Remove from heat and allow the jam to cool. Spread on everything you can find, or eat directly with a spoon. 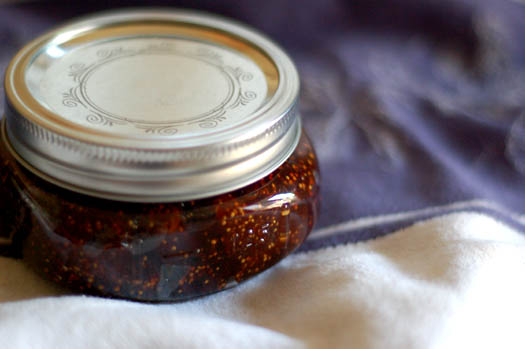