Published Sep 26, 2016Last Updated Jan 26, 2019
Jump to Recipe
Pin RecipeLeave a Comment
My former professor from college texted me out of the blue yesterday, saying she saw The Year of Cozy at Anthropologie and she was V proud. (EEE!!!) It made me think back when I had just…
Prep Time: 30 minutes
Cook Time: 20 minutes 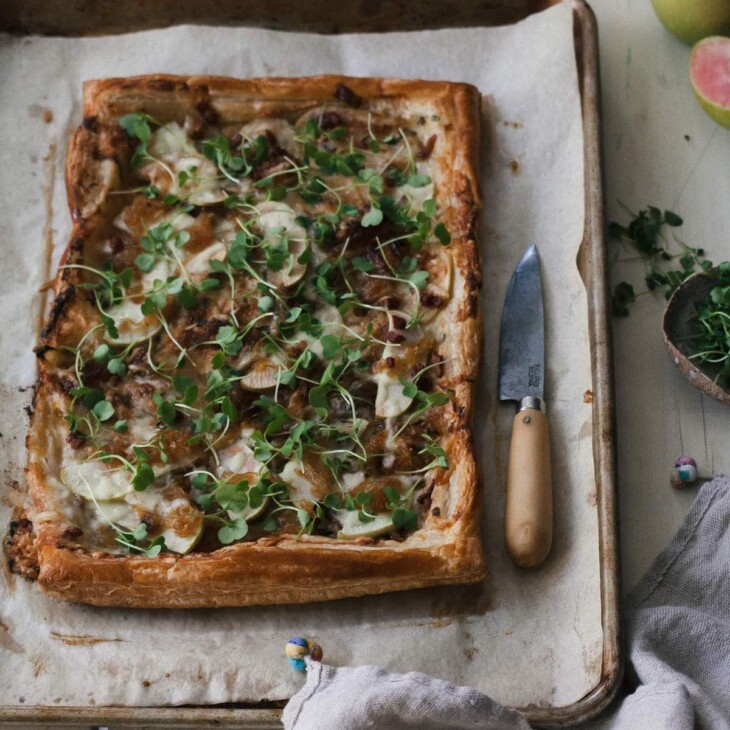 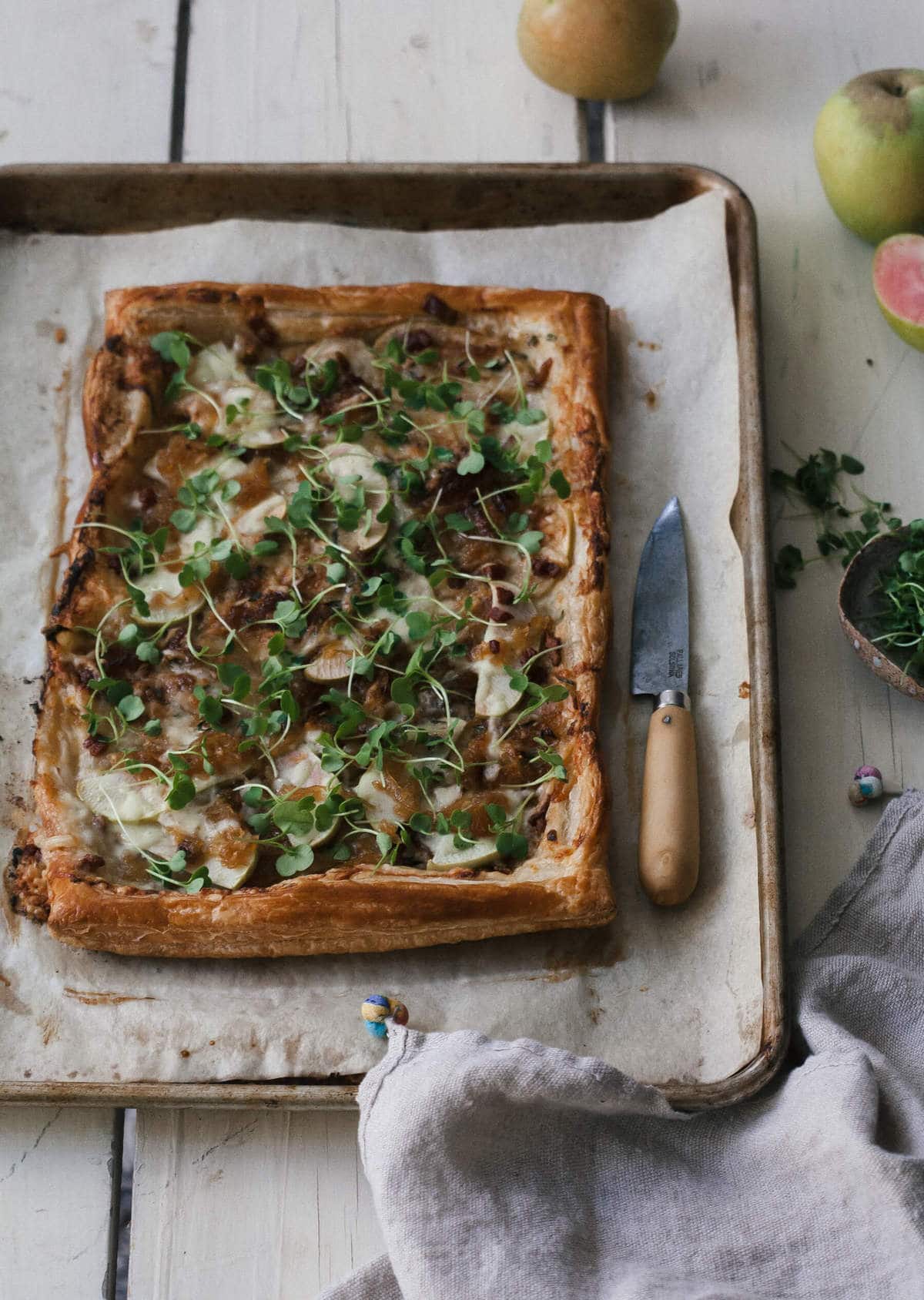 My former professor from college texted me out of the blue yesterday, saying she saw The Year of Cozy at Anthropologie and she was V proud. (EEE!!!) 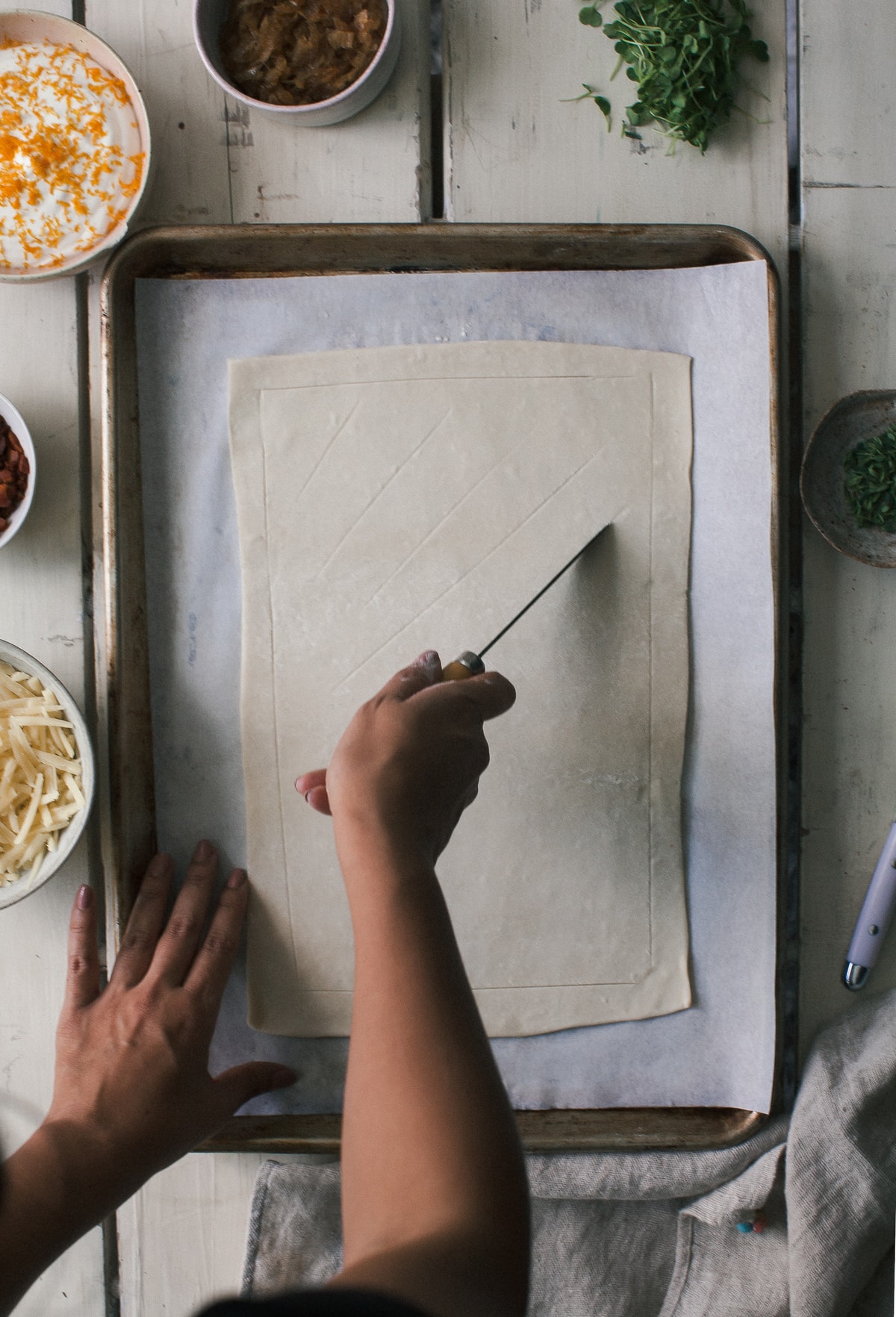 …during my senior year I waited tables at a brewery and saved up like $5,000 so I could pack all my shit in my car and drive across country and move to LA. I felt sort of rich but at the same time knew that in LA-terms, 5k was, like, nothing. That would get me into my apt and maybe hold me over for a few months and that was it.

When I got to LA, my former professor actually gave me my first job and kept me working for a long time. I was super grateful for her because I don’t even know how I would’ve survived without those first few jobs.

For the first few years, my existence was also credited to a lot of frozen stuff from Trader Joe’s. They have this pizza/tart thingy—not sure if you’re aware—that has like ham, caramelized onions, gruyere and IT IS SO GOOD. 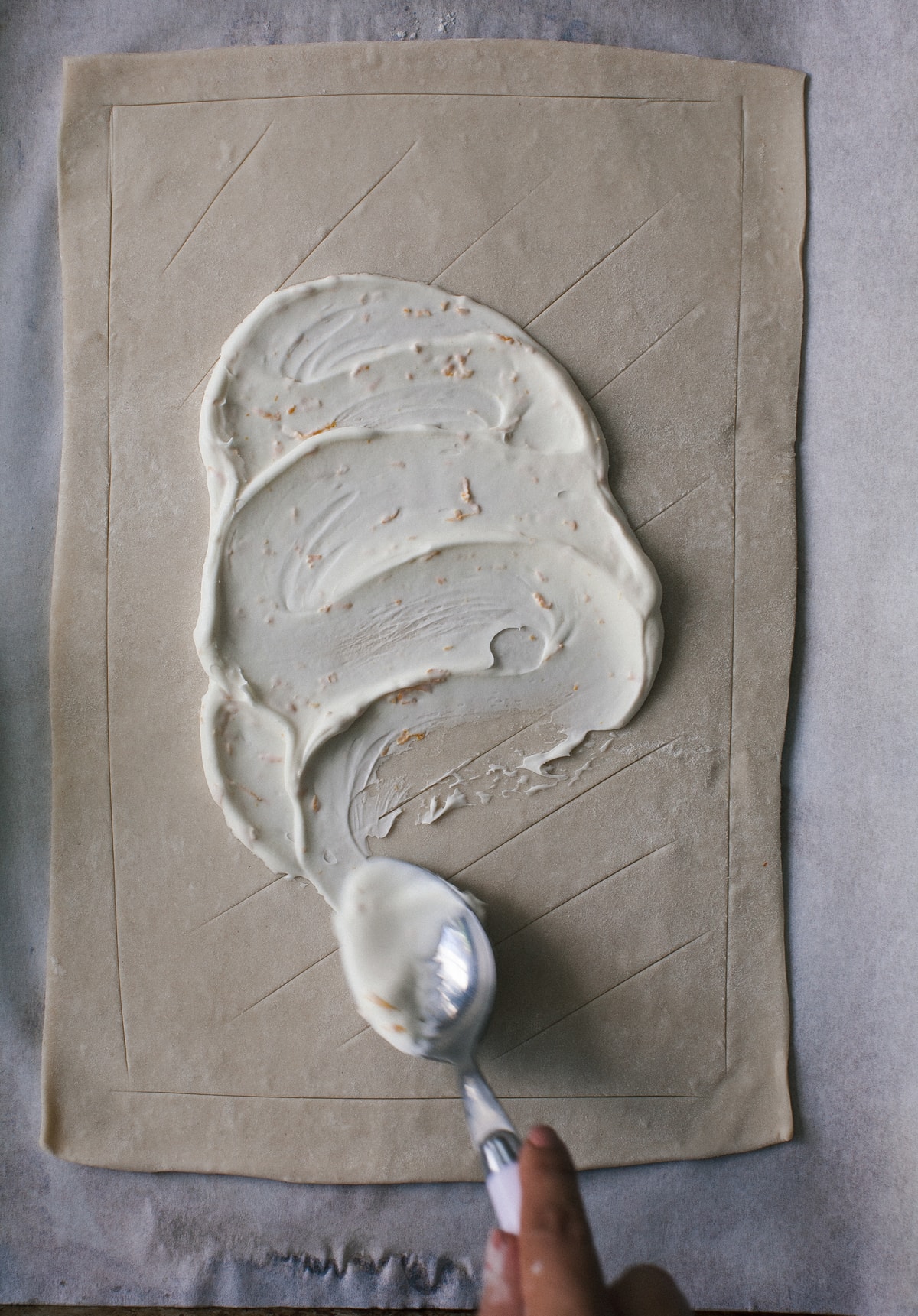 This is definitely inspired by that tart/pizza thing from TJ’s.

It’s a bit different though. It starts with creme fraiche with a bit of orange zest mixed into it. This goes on the base.

Then! Fancy ass apples that Josh was nice enough to get for me from Santa Monica Farmer’s Market. They’re pink inside and make my eyeballs turn into hearts. 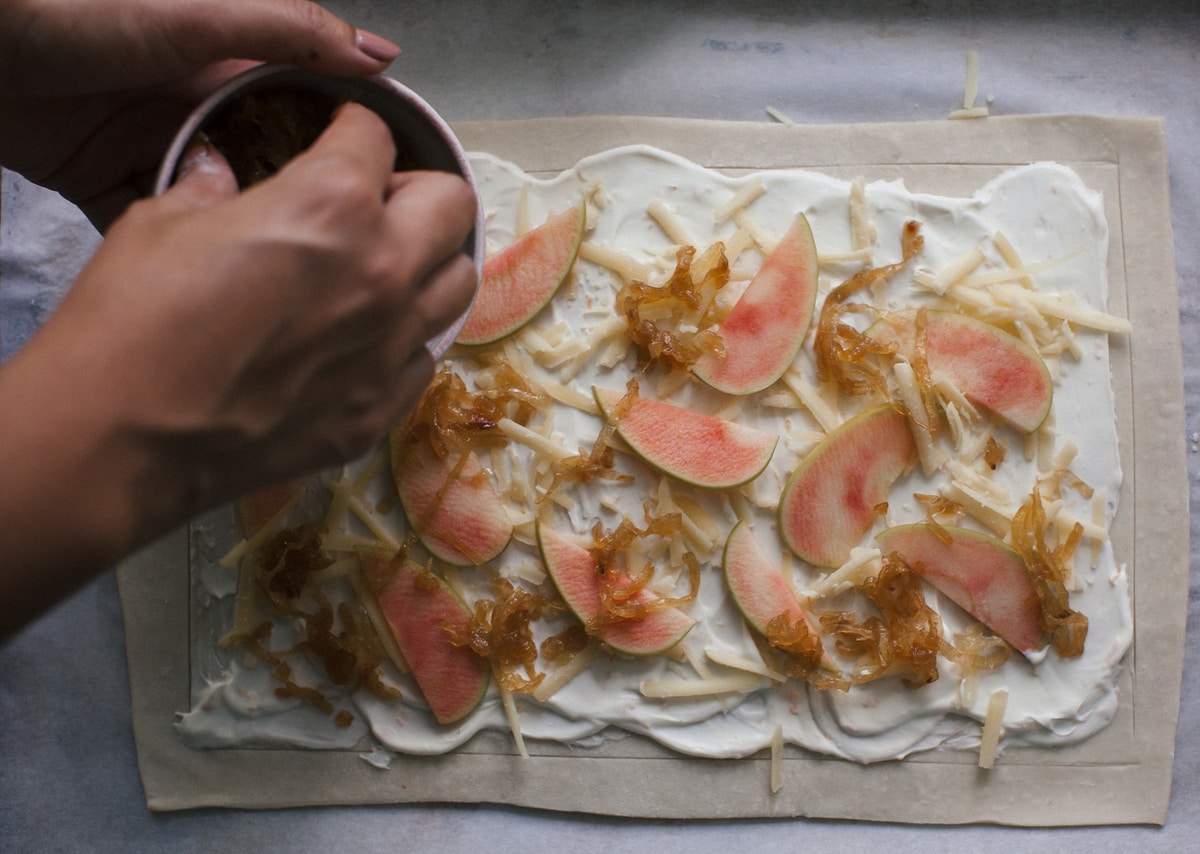 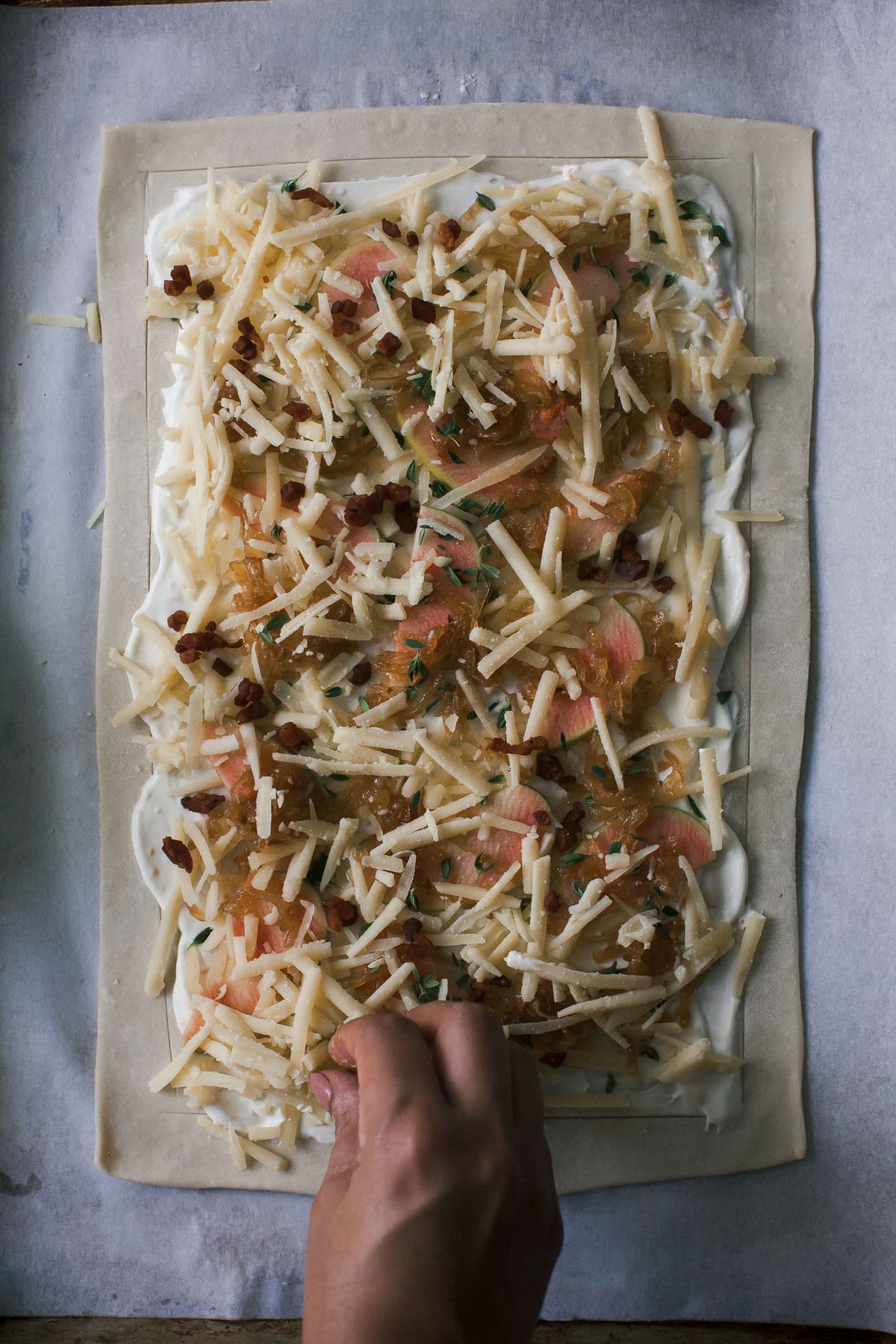 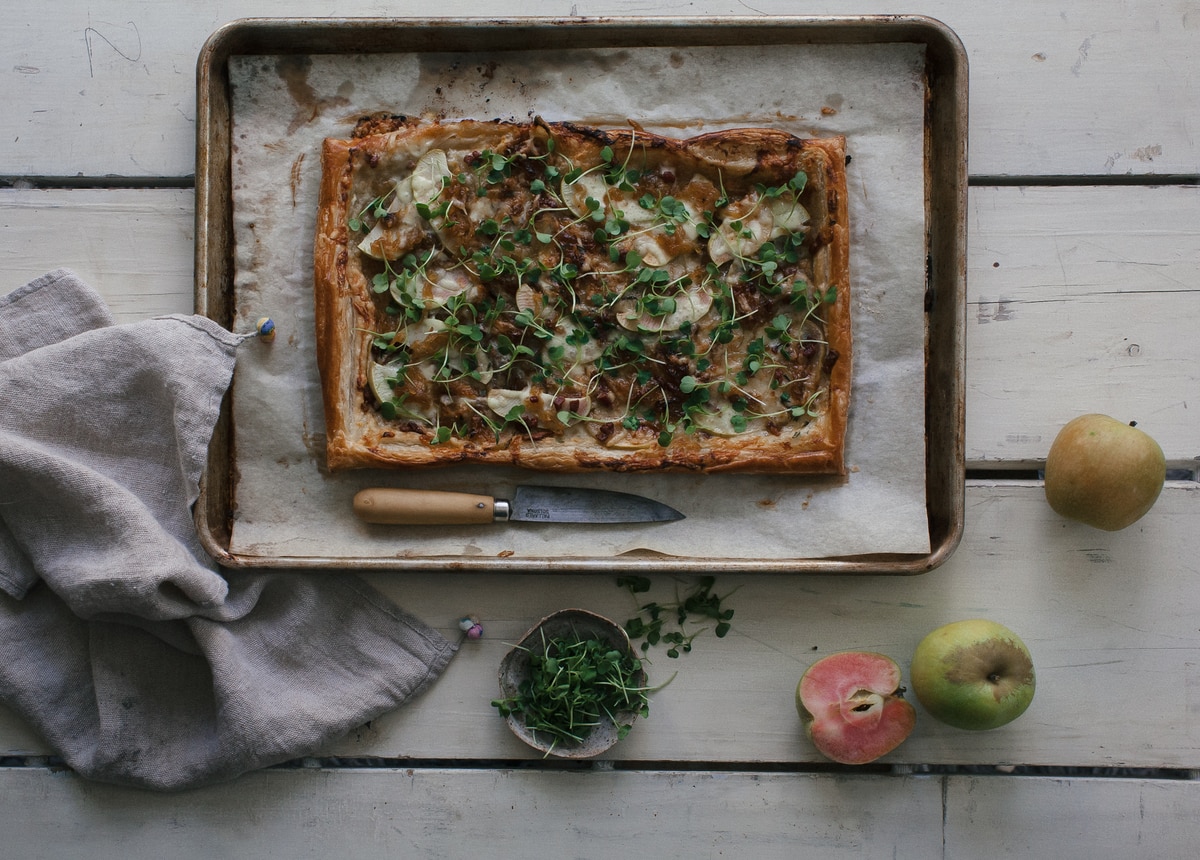 And then Gruyere cheese, carmelized onions and crispy pancetta.

After! I topped it with a bit of arugula.

It was the best, tastiest tart/pizza thing. It felt fancy but took me like 10 minutes to put everything together. 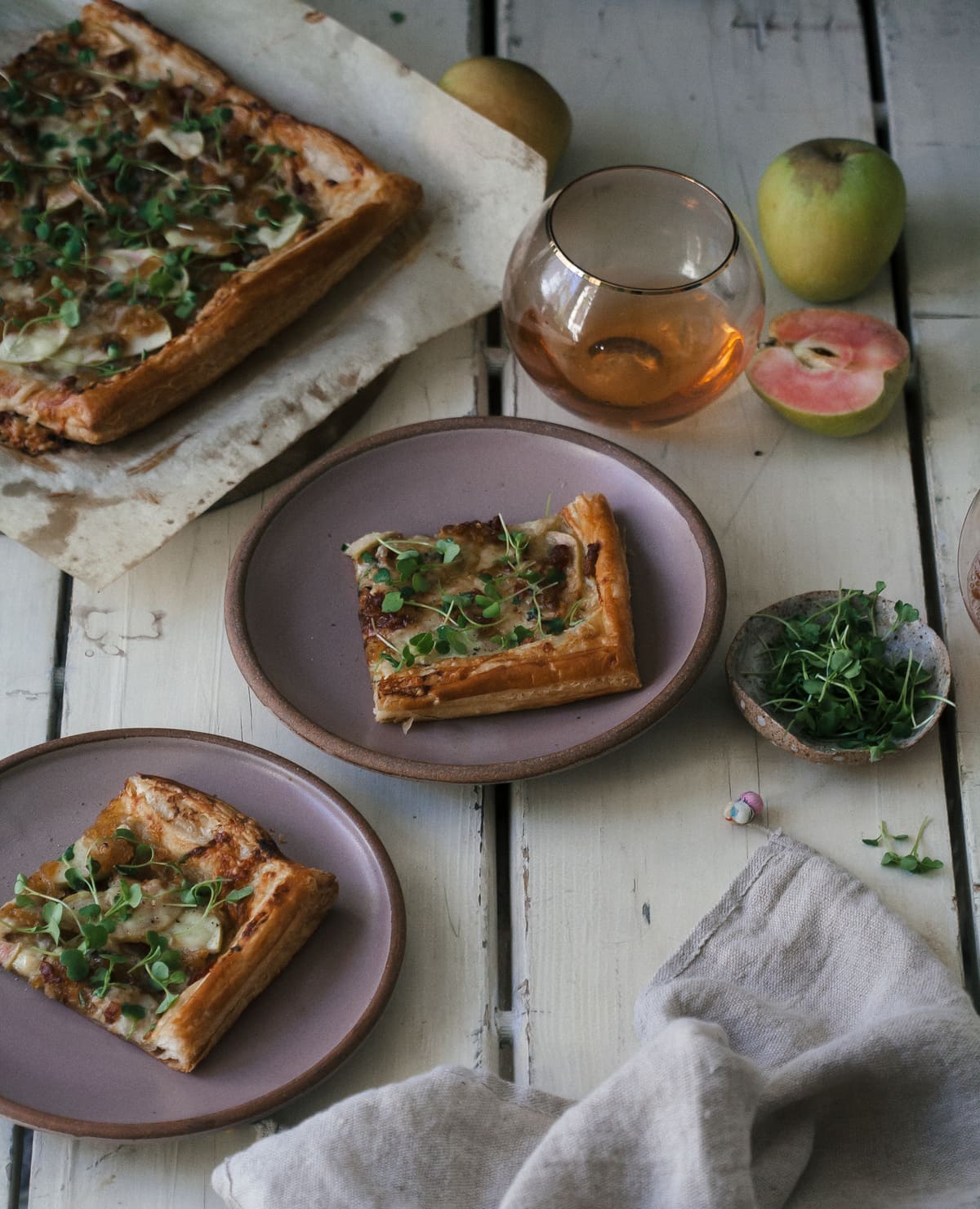