Published Feb 03, 2014Last Updated Dec 22, 2018
Jump to Recipe
Pin RecipeLeave a Comment
I need a reset button. Yesterday I ate 1/2 of gigantic big bowl of guacamole, pet a bird, ate 1/4 of this spinach dip and then had a gigantic plate of Feijoada. (The Feijoada was beyond… 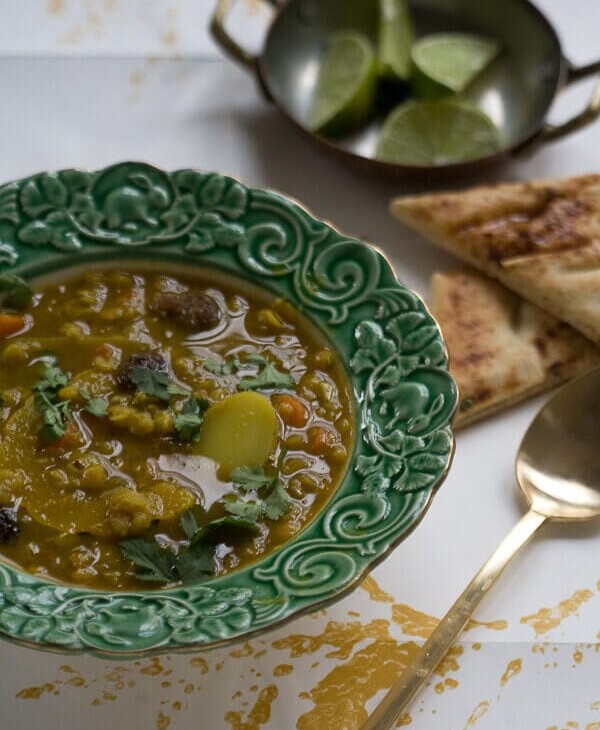 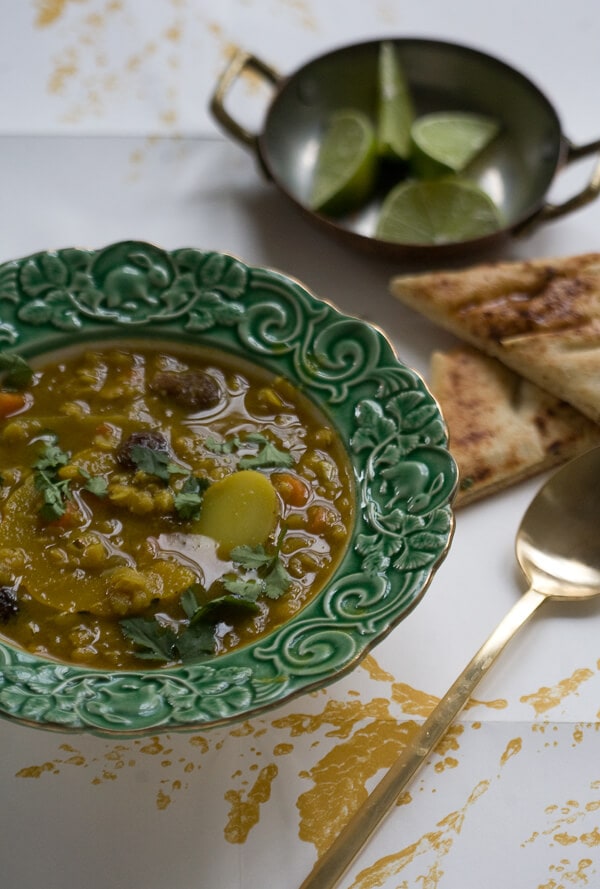 I need a reset button.

Yesterday I ate 1/2 of gigantic big bowl of guacamole, pet a bird, ate 1/4 of this spinach dip and then had a gigantic plate of Feijoada. (The Feijoada was beyond epic and it’s now my goal to make it for this here space.)

Basically what I’m saying is that I overate. Probably more than Thanksgiving. A dinner of just appetizers is like a dream for me. It reminds me of My-So-Called-Life when Rayenne complains about always having frozen appetizers for dinner and her mother has no idea what she’s talking about.

Eating just appetizers reminds me of afterschool snacks and tapas in Spain and my favorite television series of all time. 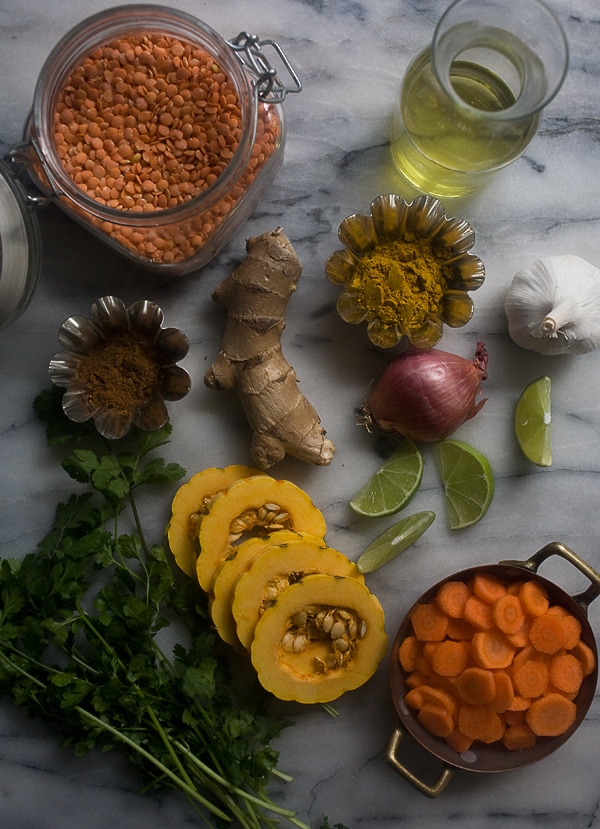 But sometimes we need dinner. And we need a healthy one.

I made this soup when I had some extra lentils from a side project I’m working on and was determined to repurpose them into something new and delicious.

I love making soup. It usually begins in the same way, there’s so little work involved and the several layers of flavors gets me every time.

Not gonna lie, I sold myself on the idea of this soup based on the fact that warm naan bread was going to be involved. I cannot eat any type of soup without dipping some sort of carb-situation into it. 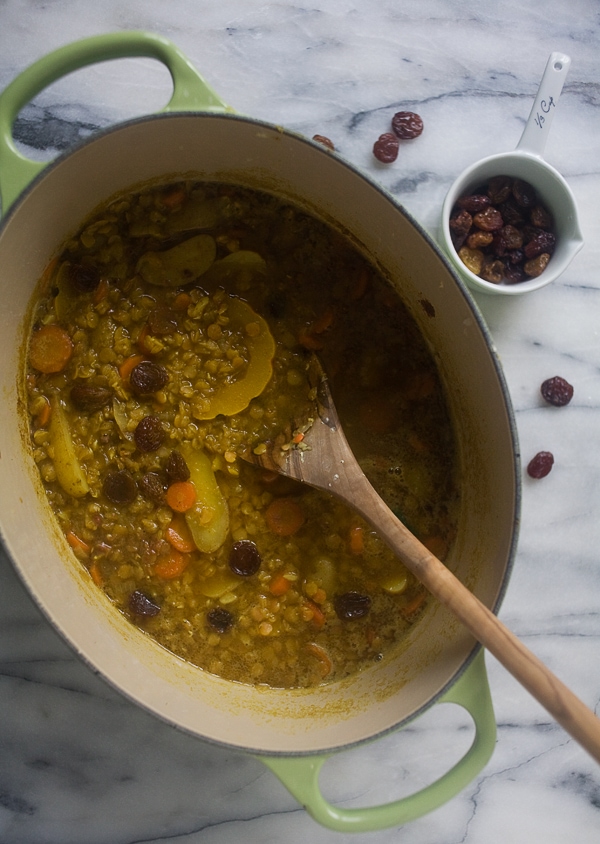 Are you a raisin hater? You’re actually speaking to the queen of raisin-haters. The most disappointing thing in the entire world is when you pick up a cookie, thinking it’s a chocolate chip cookie only to bite into it and realize that in fact you’re eating a raisin cookie.

That is what sad is.

But this soup. With golden raisins. It is amazing. I love the little bits of sweetness that happen every bite or so. They’re unexpected and so so welcomed. 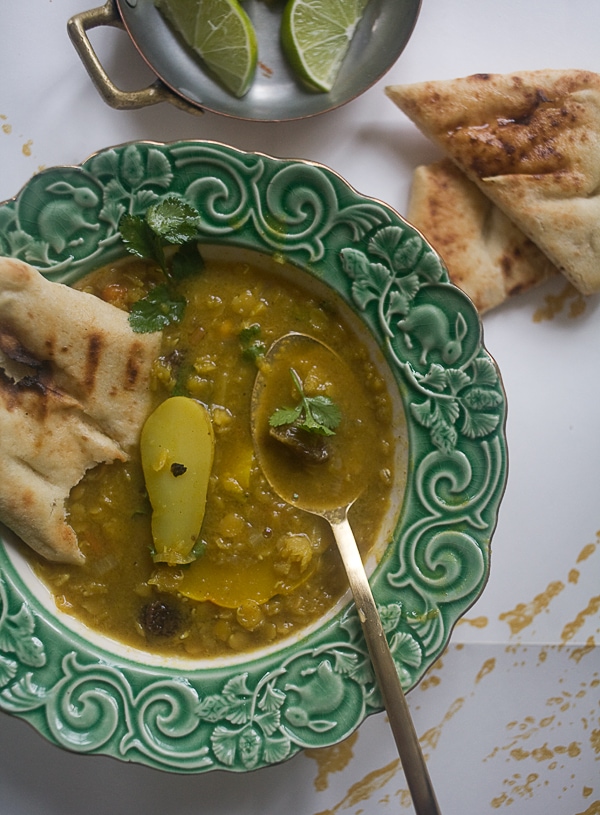