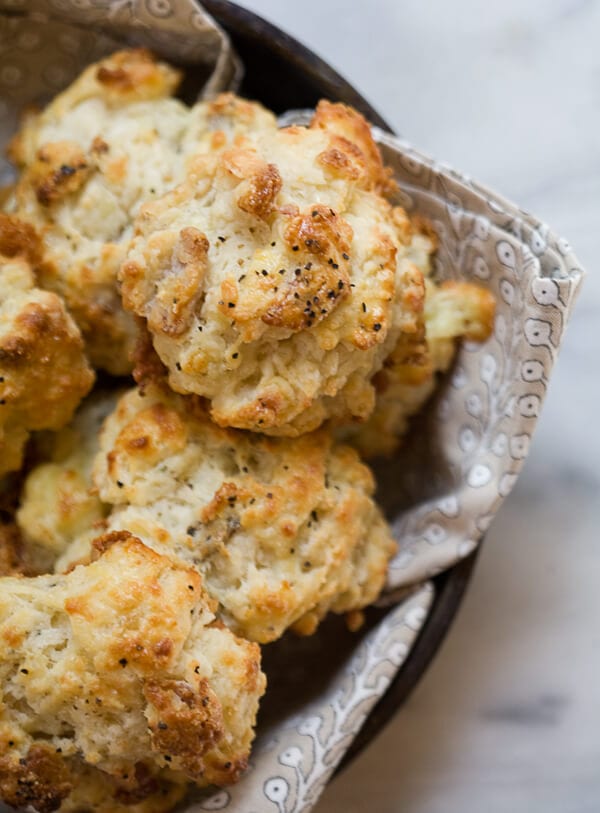 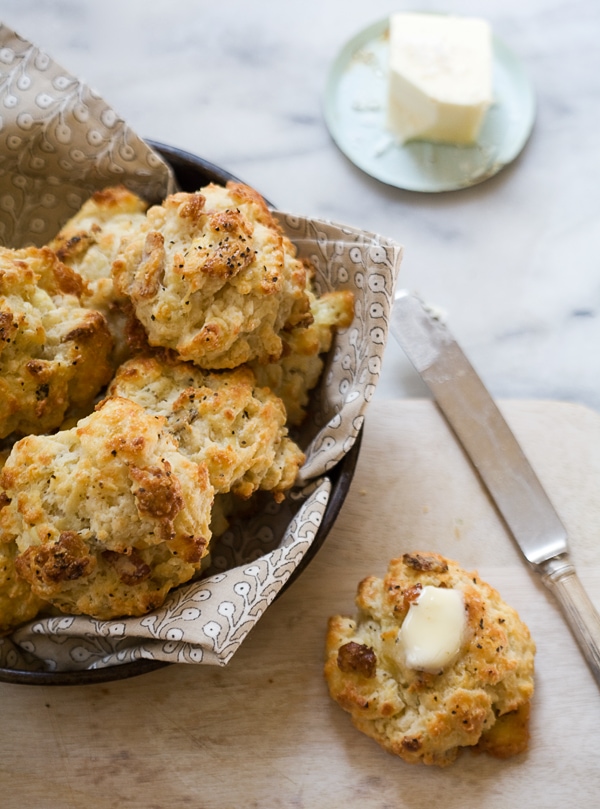 Drop biscuits are the lazy person’s biscuits. That’s how they should be advertised. There’s no kneading, no rolling out, no cutting out. No nothing. Just mix, drop and bake.

I’m currently in hardcore planning mode for my boyfriend’s birthday bbq this weekend. He wanted something low-key with just his closest friends and family so I said, OK, but I’m going to create a Pinterest board and maybe get a little psycho about the decorations because I’m me! He’s breaking out the smoker to smoke some pulled pork and beans and of course I’m making biscuits, Arnold Palmers and putting together a Bloody Mary Bar.

I was playing around with some other ideas besides my favorite classic biscuit recipe. I wanted something that had a bit funkier taste and I love the salty bacon. 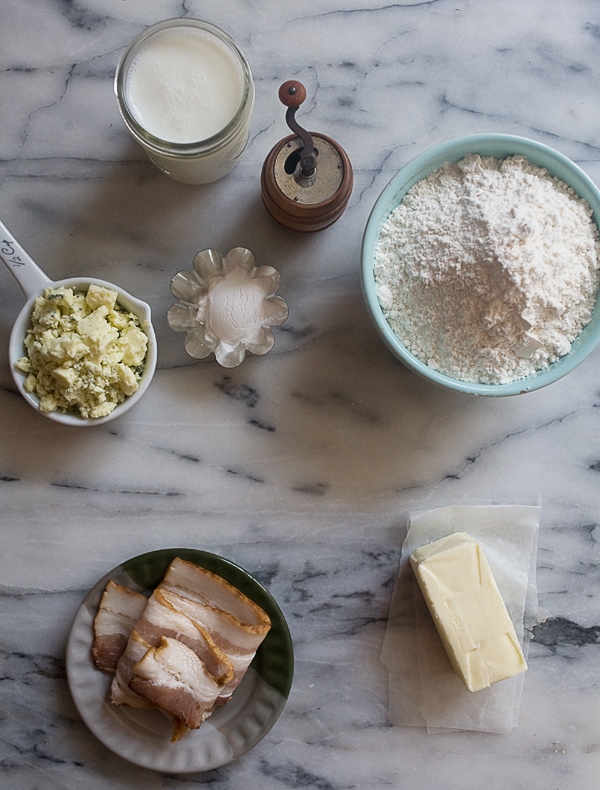 And since that morning I’ll have a ton of things to do, I wanted a recipe that was super easy and skipped a few steps. This literally is just mixing the dry ingredients and then adding the buttermilk. It’s that simple.

Since this recipe contains no egg in the dough, it can be kind of white when baked. Not super cute. To avoid this, I recommend adding a bit of egg wash on top. It adds a really pretty golden brown color to the tops. 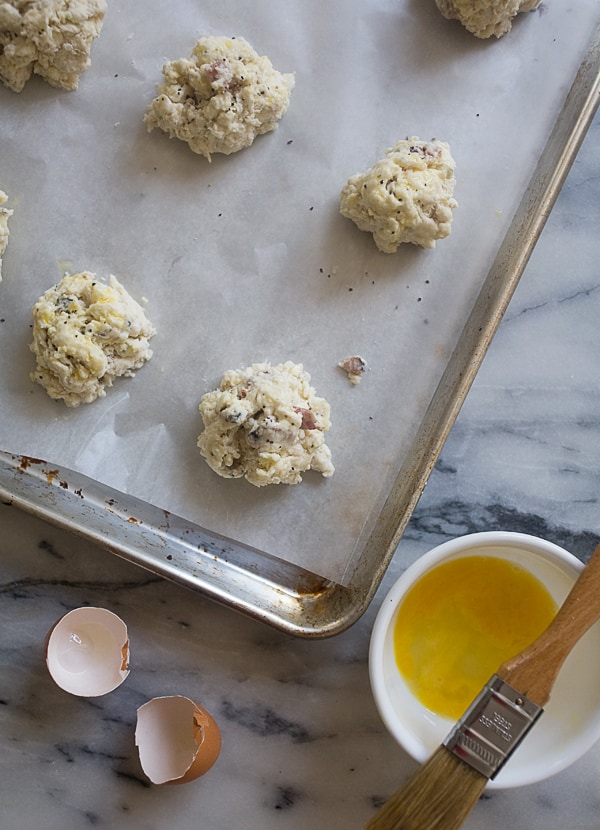 I ate these biscuits out of the oven with salted butter. I mean…is there any other way to eat biscuits? Not really.

I’m excited to show you this Southern BBQ birthday thingy. If all goes well, it’ll be super cute and I’ll want to share pics. I just know it. 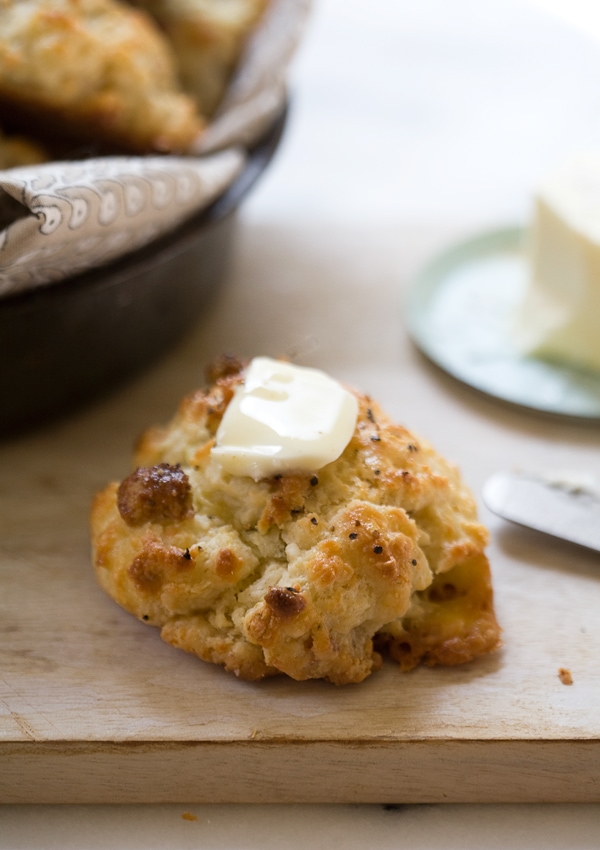 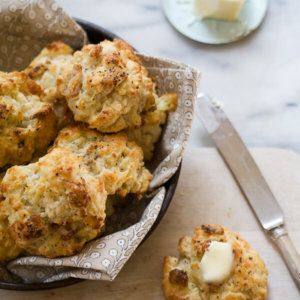 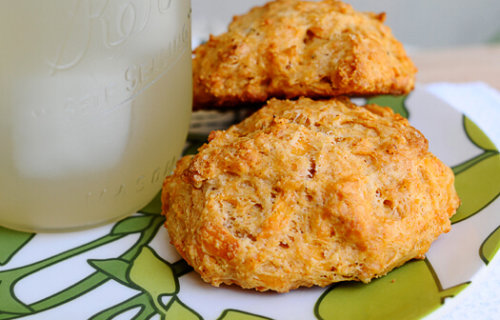 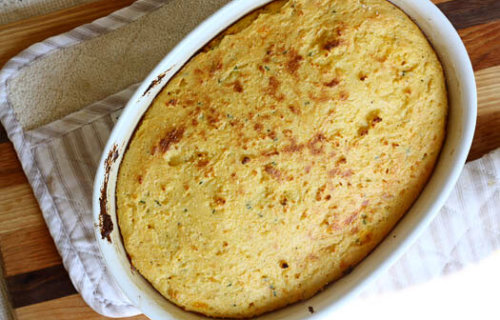 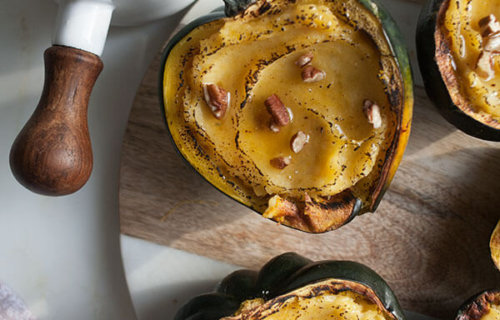